Hostile to the backdrop of the Russian-Ukraine crisis, the Bhawanipur Education Society College organised a ‘National Security Council’ simulation on 29th March 2022. The opening ceremony was held by Dr. Dilip Shah (Dean of Student affairs) along with his speech about the changing global order and how the youth play a vital role in the growth of India. Prof. Nitin Chaturvedi introduced the event and NSC role along with Prof. Karan Vora who steered them through the current geopolitical turmoil. An attendance of around 100 students and faculty members were marked.

As per the colloquium Harsh Sharma (NSA) started the discussion accentuating the various fault lines exposed in the ensuing war in Europe. The discussion revolved around economic, political, and cultural security amidst the glaring insecurity visible in the eastern European nation. 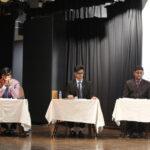 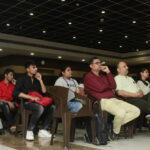 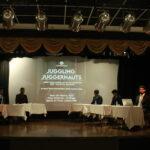 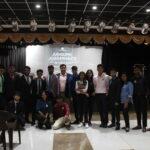 Apart from the NSA, Anik Chakraborty (RBI Governor), Raiyan Elahi (Finance Secretary), Anurag Paul (Foreign Secretary), Abhigyan Pandey (IB Chief) pitched their views on the agenda of the house. Pointing out the importance of staying two steps ahead of the adversaries, all the esteemed members agreed to establish a new set of modus operandi to ensure peace and tranquillity remains in the nation.

In the last a question answer round was held in which the audience got the chance to clear their doubt and put their views which helped them to have a clear view of these crisis situations.