The Bhawanipur Educational Society College science collective Phenomenon organized a group discussion on ‘Interstellar’ which took place on March 29, 2022, at the Society Hall of the college from 1 p.m. to 3 p.m. There were over 50+ students who came to be a part of the event. Covid guidelines and they were seated maintaining social distancing and proper sanitization.

There were three dedicated students Sk.Alham Zain stated about the  brilliant cinematography and how Christopher Nolan tried to showcase the movie. Gourav Choudhury discussed about the movie’s timeline and the science within that movie. Sinchan Dasgupta spoke about a particular scene in the movie where the music that been used was very significant to the movie’s context. He basically spoke about how the music was used to intensify the environment. After the discussion Sourodipto Roy spoke about how the science in the movie differs from the reality of physics and hence not authentic. 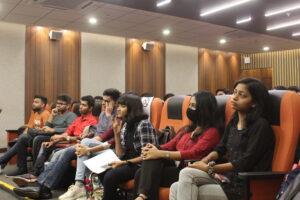 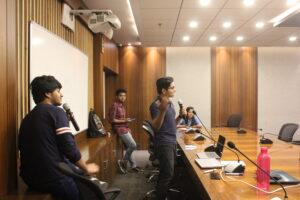 Mostly it was a discussion on Nolan’s idea of the movie, how the entire timeline of the movie goes, certain physics within the movie and also how it differs from the real physics in the world. They were asked if climate shown in the movie can happen in real life. Movie clips were shown in between the discussions. Opinions were taken from the audience. Various scientific theories were explored. They were asked about the warm hole and the blackhole and the difference between them.  Then there was a question answer round where the panelists asked questions to the students and vice versa. 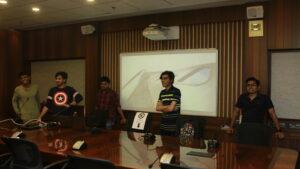 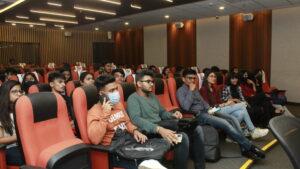 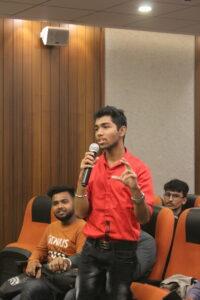 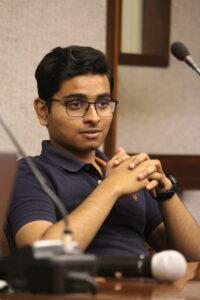 Interstellar is amongst the best science fiction film, in my opinion. You must see the film because they show you the possibilities of finding another planet for populating it, see the difficulties of producing food on Earth which is an effect of deterioration of the planet. In the beginning, the film shows you the same problems that other films show about consequences to not being careful with our planet. In general, the movie is amazing as the discussion was. Hence, looking forward to more such events.