On 28th July 2020, an international online reading session titled ‘Writing in Confinement’ (in collaboration with IQAC) was organized by the English department of The Bhawanipur Education Society College. The event was open to all the faculty members and students of the college, along with research scholars, activists, creative writers and academicians from all over the world. The session was organized on Google Meet. An optimum attendance of 101 participants was recorded during the hosting of the event.

Considering the ‘new norm’ of distancing and confinement, the department decided to organize this online reading session. This was the second reading session being organized by the Department of English of The Bhawanipur College in a span of two months (after ‘Writing in the Time of Calamities’).  The aim of this international reading session was to understand the subtleties associated with creativity in a state of confinement. It was decided that in this event, the participants would be reading out excerpts from letters, diaries, novels and poems composed during various states of confinement, namely during illness, in prisons or asylums, and during times of political and racial persecution. 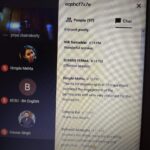 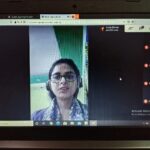 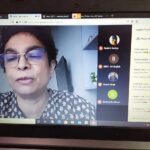 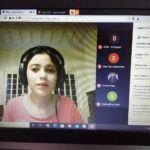 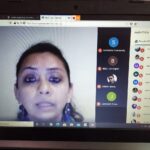 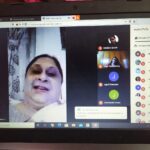 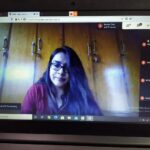 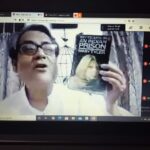 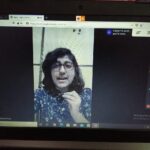 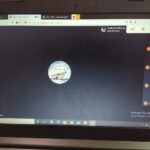 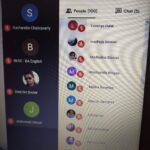 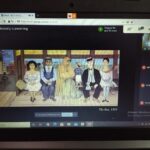 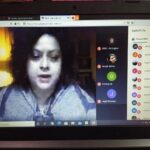 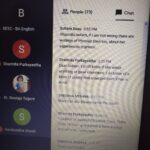 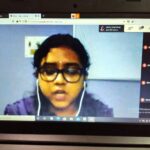 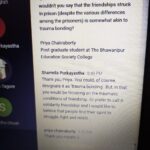 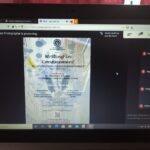 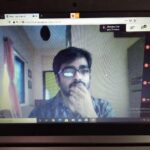 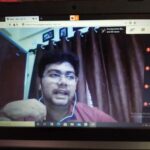 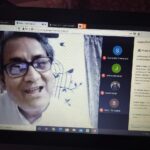 The reading session commenced at 3pm with the inaugural address of Dr. Suchandra Chakravarty, Teacher-in-Charge of The Bhawanipur College. The first session of the day consisted of two keynote addresses. The first keynote address was delivered by Dr. Rimple Mehta, Lecturer, School of Social Sciences, Western Sydney University, who joined the online event from Sydney. In her talk titled Confinement and Resistance, Dr. Mehta read out excerpts from letters written by Bangladeshi women in Correctional Homes in Kolkata, India. In a touching and insightful presentation, she spoke of the various kinds of love that blossom in the hearts of women in confinement, and the challenges they face while addressing these emotions.

The second keynote address was made by Dr. Monabi Mitra, Associate Professor of English, Scottish Church College Calcutta. In her remarkable talk titled Writing in Confinement: A Writer’s Point of View, Dr. Mitra explored the question whether confinement acts as a deterrent to an author. While sharing snippets of her conversation with author friends all over the world, Dr. Mitra showed how confinement may actually aid the process of creativity, and act as a perfect means of channeling through pen and paper those multiform human experiences culled from life. The two keynote addresses were followed by a brief interactive session where members of the audience shared their questions and observations with the two keynote speakers.

After this, there was a round of presentations made by the final year postgraduate students of the English department of The Bhawanipur College. Priya Chakraborty, PG II English student ofThe Bhawanipur Education Society College made the first presentation titled “Feet, what do I need you for when I have wings to fly?”: Kahlo, A Genius in Seclusion.Through an audio visual presentation of the iconic self portraits of Frida Kahlo, Priya showed how the visual tropes of confinement traditionally imposed on women may also be successfully extended to nature and the animal kingdom. The second speaker was Rashmi Baskey,PG II English student of The Bhawanipur Education Society College. Her talk was titled The Yellow Immuration: Charlotte Perkins Gilman and the Female Literary Imagination. Through several excerpts from the celebrated short story The Yellow Wallpaper, Rashmi showed how a male protector figure may seem tyrannical and ‘confining’ to the female imagination, and how the latter may find unconventional ways of dealing with the former. The last student speaker was Chayanika Bandyopadhyay, PG II English student of The Bhawanipur Education Society College, whose talk was titled “My drowsy brain such glimpses steep/And all my singing ends in sleep”: Sukumar Ray’s Poetical Departure. Chayanika brought out the last creative spurts of a brain weighed down by fever, but one which has made peace with fate nonetheless, through the recitation of one of the last poems of Sukumar Ray.

Subsequently,English faculty members from both the host college and otherwise participated in the last session of the day. The round was opened by Mr. Sambuddha Ghosh, Assistant Professor of English at Krishnanagar Govt. College and he delivered a talk titled Hölderlin and the Poetry of Confinement. Mr. Ghosh made a presentation on the letters and poems written by the German Romantic poet, Friedrich Hölderlin while confined in a clinic due to his schizophrenic tendencies. An inspired poet, Hölderlin saw the classical Greek deities as living entities, and considered the modern world to be much distant from a golden past when man and divinity co-existed in harmony. For Hölderlin, the very mortal existence is a form of confinement.

The second speaker was Dr. Sharmila Purkayastha, Associate Professor, Department of English, Miranda House, University of Delhi. Joining from Delhi, Dr. Purkayastha delivered a talk titled Barred Writings: A British School Teacher’s Experience as a Naxalite Prisoner. The audience learnt of the uncertain lives of Naxal prisoners, and how confinement is a more perpetual state of being for them compared to others. However, she too established through her talk how feelings of love and humanity were not lacking in the constitution of these people as well.

The next speaker was Dr. Souraja Tagore, Whole Time Lecturer of English at The Bhawanipur College. Dr. Tagore made a riveting presentation titled “I am the one who dies when he is not loved…I am Nijinsky”: Readings from the Diary of Vaslav Nijinsky. This presentation showed the deep existential dilemma of a renowned ballet dancer who fell prey to his own sensitivity, and suffered from states of mental aberration for long periods of his life. Barred from dancing, Nijinsky found other artistic means to channel his creativity, and reach out to the world with his messages of love, passion and divinity.

The last speaker for the day was Dr. Gargi Talapatra, Assistant Professor of English at The Bhawanipur Education Society College. Her talk was titled ‘Delusion of Reprieve’: Hope in the Saga of Man’s Search for Meaning.Dr. Talapatra spoke memorably on the Holocaust, and how people find novel means for survival when confronted with insurmountable threats to life.

The last session of the day was followed by a brief round of interaction where the members of the audience shared their questions and observations with the speakers. Finally, Mr. Soumyajit Chandra, one of the coordinators for the event, delivered the vote of thanks. Ms. Jashomati Ghose, Assistant Professor of English at The Bhawanipur College co-hosted the event with him. Both the interactive sessions were ably managed by Mr. Gaurav Singh, their colleague.

Writing in Confinement, an International Online Reading Session was relevant as it successfully projected the nuances associated with creativity in times of confinement. Through the appreciation of art, music and writing, human beings can come to terms with the limitations imposed upon them and set examples of hope, vigilance and perseverance to the world as well.