“We must all do theatre to find out who we are and to discover who we could become.“

Theatre or theater is a collaborative form of performing art that uses live performers, usually actors or actresses, to present the experience of a real or imagined event before a live audience in a specific place, often a stage. The performers may communicate this experience to the audience through combinations of gesture, speech, song, music, and dance.

Theatrics is not just an art form but a part of our lives. The Bhawanipur Education Society College’s Theatre Festival- ‘Facade: all your faces are you’ was held on 30th March, 31st March and 1st April 2022 respectively. A three-day intercollegiate fest, it had more than 12 colleges participating in it. The three-day fest witnessed various brilliant performances across a wide range of theatre formats.

The Theatre Festival was officially inaugurated by Prof Dilip Shah- the Dean of Student Affairs of the Bhawanipur Education Society College and the spirit behind the theatre festival. The guest of honor for the inauguration was Mrs. Usha Jhunjhunwala who gave a beautiful speech inspiring the audience and the participants. Prof. Shah spoke at length on how the college has embraced what others derisively call the “theatre of the absurd” to create a festival which is not only unique in itself but is fast emerging as one that is eagerly awaited by theatre enthusiasts and students across campuses. He spoke about the power of theatre as a tool of communication, as a means of spreading awareness, as an instrument forcing the blissfully unaware to take stock and as a potent device for empowerment. He also talked about how the college has recognized the latent power of theatre and is using this festival to impart invaluable training to its students, freeing them from the shackles of classroom so that they may imbibe life lessons hands-on through interaction with one another and the audience. He also shared how he got the name ‘Facade: All your faces are you’ from the iconic song “ek chehre pe kai chehre laga diyein hai logon ne.” 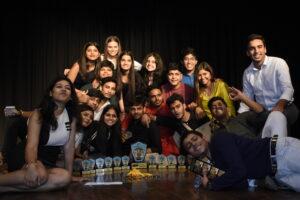 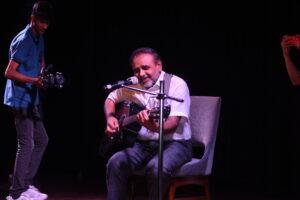 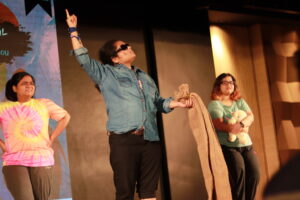 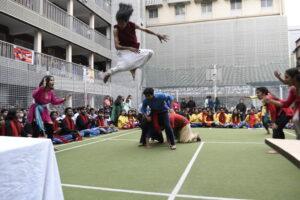 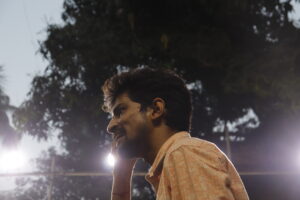 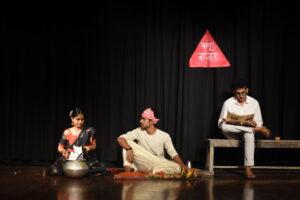 AUDIO DRAMA:
Compared to all other events, audio drama was quite unalike because it was a purely acoustic performance with no visual elements. It was less about acting and more about expressing oneself through their voice. Splendid performances were put forward by the participating teams as they put their best voices forward. The event was judged by RJ Alto and the winners of the event were- Scottish Church College, Maulana Azad College and the Bhawanipur Education Society College respectively.

STREET PLAY:
Street Play also known as Street Theatre is a form of theatrical performance and presentation in outdoor public spaces. One of the oldest theatre forms, there is no specific spectatorship here. The event was held in the college turf and was a delight for all the audience present. The event was judged by Mr. Suprovo Tagore and the winning teams are as follows: the Bhawanipur Education Society College, NSHM College, Shri Shikshayatan College. A special mention was given to Shrayon Chandra of the Jadavpur University for being the best actor amongst all the participants. The winning college act revolved around the theme of financial illiteracy and was eye-opening for all.

MONO ACT:
Mono act is a short solo play where only one person performs in a single character or multiple characters. The participants did a splendid job by acing this category with their talents. Some of the major performances were depiction of a serial killer and a bus conductor. The judges for this event were Mr. Palaash Chaturvedi and Ms. Ritwika Choudhury. The winners were– Bhawanipur Education Society College securing the 1st and 3rd prize and the Scottish Church College securing the 2nd prize.

COMEDY DRAMA:
Comedy drama is a genre of dramatic works that combines elements of comedy and drama. The judges for this event were Mr. Suprova Tagore. The 1st position was yet another time won by the BESC college team

IMPROV ACTING:
Improvisational theatre often called improvisation or improv, is a form of in which most or all of what is performed is unplanned or unscripted that is created spontaneously by the performers. This round was judged by Mr. Aaron Targain. Participants were randomly divided into groups and each team was given a situation that they had to act on, on the spot in mere five minutes. They were judged on an individual acting basis. The winners were Sahil Lakhmani (The Bhawanipur Education Society College), Monosij Banerjee (Jadavpur University) and Huzaifa Bin Misbah (The Bhawanipur Education Society College) respectively.

BOARDROOM DRAMA:
Undoubtedly one of the most fascinating events of the fest, Boardroom Drama was a treat for the audiences. In this particular genre, the location of the performances is disclosed to the participant minutes before their act and in this brief span of time they have to prepare their entire act. This event was judged by Ms. Debopriya Mukherjee and Ms. Ritwika Choudhury. The winners of the event were the two teams representing the Bhawanipur Education Society College and the Scottish Church College secured the third rank.

AD SPOOF:
In this event participating teams were given products such as belt, hand fan, etc. and they had to perform a parody advertisement in order to sell it. Brilliant and innovative performances were seen.  The event was judged by Ms. Debopriya Mukherjee and Mr. Aaron Targain. The first and second position was secured by the Bhawanipur Education Society College, whereas the third position was secured by the Maulana Azad College students.

STAGE PLAY:
The last and the most interesting event of the entire theatre festival – Stage Play wherein each participating college team brought light to various elements of acting, expressions, content, and direction. The Bhawanipur Education Society College presented a 45-minute act which was wholly written and composed by the students of the college– Prerna Mukherjee and Pratyush Prakhar. The judges for this event were Mr. Palaash Chaturvedi, Ms Ritwika Choudhury, Mr Suprovo Tagore and Ms Saswati Sinha.

A special mention to the ‘Black Curtain Theatre’- an organization associated with performing arts. They staged a play named ‘Locked & Key’ which was written and directed by Mr. Aman Jaiswal. The act was surely a treat for all the theatre fanatics as it beautifully portrayed the essence of friendship among three men of different age groups, coming from different walks of life.

The three-day event came to an end with the closing ceremony and prize distribution. Winners of each event were announced, and their talents were appreciated. They were presented with awards and certificates of participation. 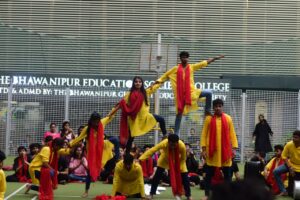 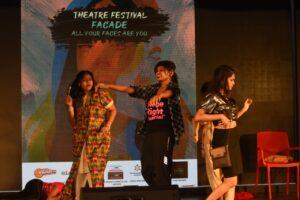 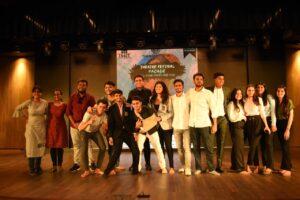 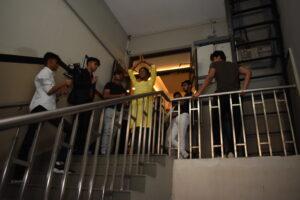 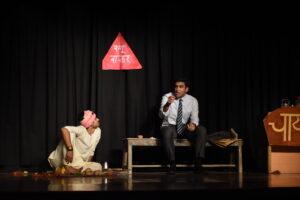 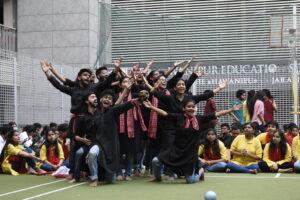 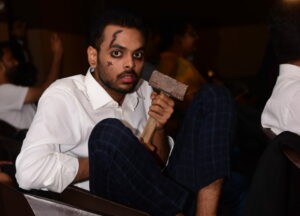 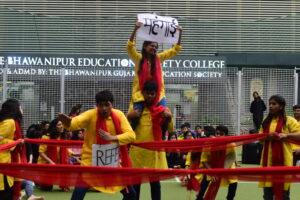 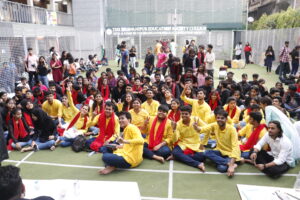 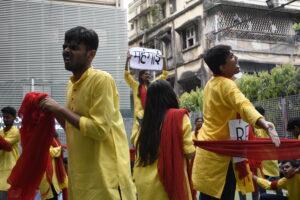 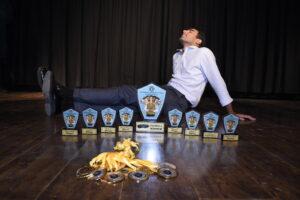 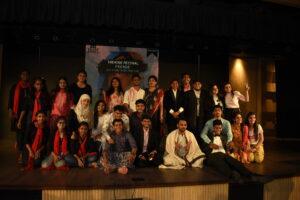 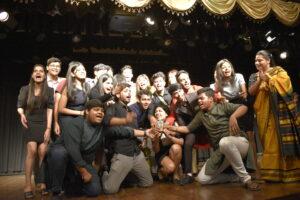 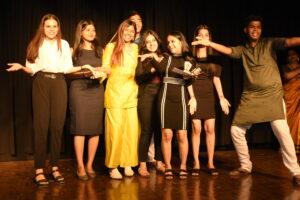