Decades of research link creativity with the intrinsic motivation to learn. When students are focused on a creative goal, they become more absorbed in their learning and more driven to acquire the skills they need to accomplish it.

As the saying goes, “Creativity is intelligence having fun” we often witness several fun fairs where ideas are presented in an applicated form. A business fair is one place where people can display their crafty minds and a hint of corporate techniques.

To examine and enhance the creativity of its students, The Business administration department of The Bhawanipur Education Society College organised a one-day product launch event named “Reveal” on 13th April 2022 in Valia Hall from 9 am.

As the name suggests, “Reveal” provides a platform for business-minded students to showcase their ideas in the form of a non-existing product, ready to launch.

The product launch event commenced in the auspicious presence of the dignitaries. 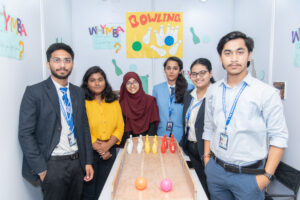 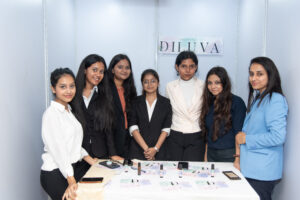 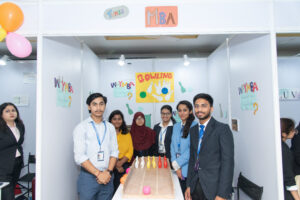 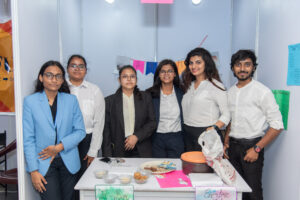 The emcees for the day, Jhanvi Khandhadia and Dhairya Vora, called all the respected dignitaries upon the stage to begin the ceremony by lighting the lamp. The lamp lighting ceremony was followed by the inaugural classical dance performed by the students of the business administration department.

After that, Prof. Dr. Suman Mukerjee, Director General of The Bhawanipur Education Society College, was given the podium to share a few words of encouragement. He motivated the audience and the participants with his real-world successful business examples and stated how companies approach students with creative business plans and adopt them. He encouraged students to instil the habit of creating a business plan and communicate their ideas with the rest of the world to gain knowledge and experience.

The Dean of Student Affairs, Prof. Dilip Shah, spoke a few words about ‘Reveal’ and how important it is to hold a business fair once in a while.

Later, Dr Tridib Sengupta took over the stage and motivated the students by giving them ideas concerning market behaviour and product creation and exhibition. The inaugural programme of Reveal concluded with the dignitaries performing a ribbon-cutting ceremony.

The student representatives Devjyoti Banerjee and Madhav Mohta then gave an inaugural speech and declared the product exhibition open.
There were eight stalls, and each stall had six to seven participants. All the teams were given a substantial amount of time to prepare their products and advertise them so that they could gather votes. 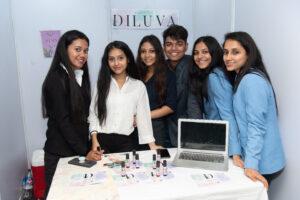 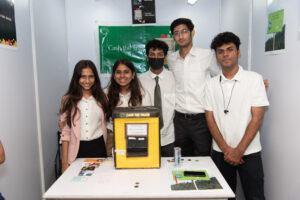 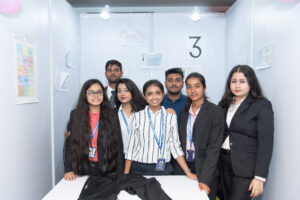 The spectators had a huge role in this event as they analyzed each product and then voted for the one they felt would make a difference if introduced in the market.

Any product is successful if it can create demand in the market and this event made the participant experience the same.

Each stall had different attractions, such as refreshments and live demonstrations of the product, making it exciting for the spectators to learn how viable the product is. The stalls were decorated with posters and banners, and a few students also decorated their stalls with waste products to promote the concept of sustainability.

This event gave the participants a firsthand experience of dealing with people and making them interested in their product. The participants explained the USP and the use of the products they created to make the crowd understand why their product stands a chance if launched in the market.

There was a head-to-head competition among all the stalls, with votes coming in from spectators from all teachers, including faculty members, who were shown a few fascinating products. 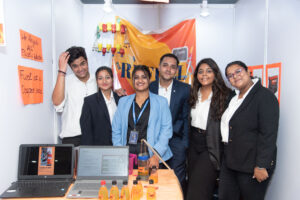 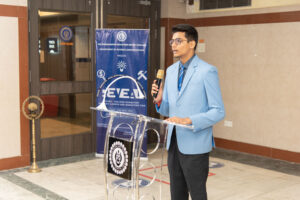 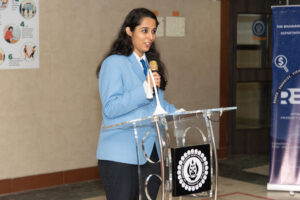 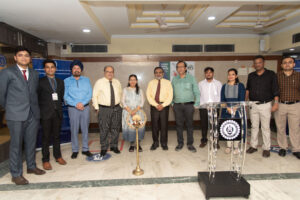 A stall ‘ENERBRE’ with healthy food products and energy bars grabbed the crowd’s attention due to their excellent composition of health and taste in one product at an affordable price.

The spectators were constantly voting for their favourite stalls. The votes were counted at an interval of one hour as people were voting continuously. The voting procedure was supervised by different faculty members appointed at a particular time.

Eventually, the event ended, and the results were announced after all the votes were counted.

The winners were then felicitated by the teacher-in-charge, Dr Subhabrata Ganguly.

Team 7 with Shlok Rai, Esha Dasgupta, Saachi Dugar, Madhav Nand Garg and Raghav Agarwal with organizer Urvi Bajoria got the third position due to their remarkable idea ‘Cash the trash’. They created a service where a consumer can submit trash cans and will get cash or a coupon in return. This idea stimulated interest amongst the youngsters and encouraged them to be responsible towards the environment.
Subsequently, Team 1 with Ada Bux, Anusha Akbar, Esha Jane Gomes, Isshita Debnath, Sraboni Chanda and Richa Poddar with organizer Mahek Bhaiya won the second place for their creation ‘Diluva’, which had the idea of making it easy for women and men in stain removal. They demonstrated their product by removing pen stains and other stains in front of the crowd, which showed how genuine and cost-effective their product is. 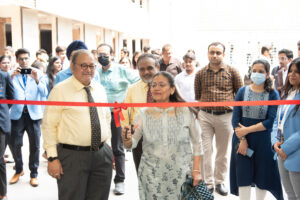 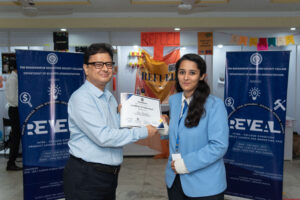 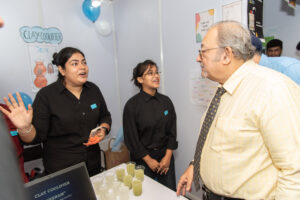 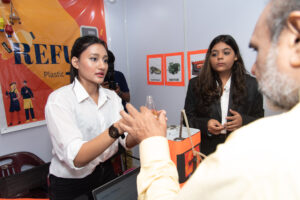 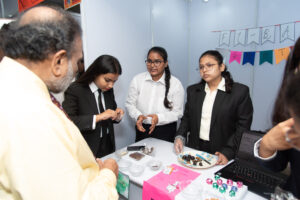 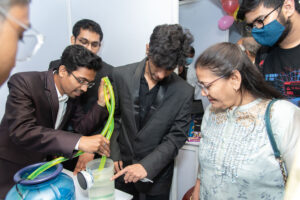 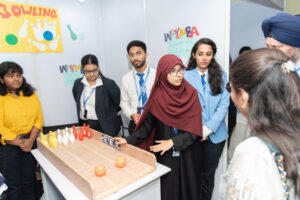 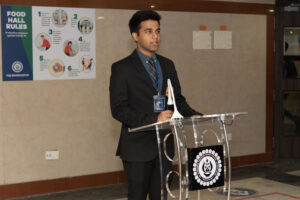 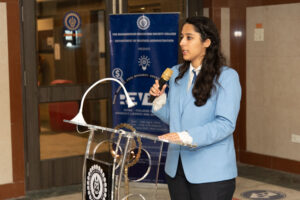 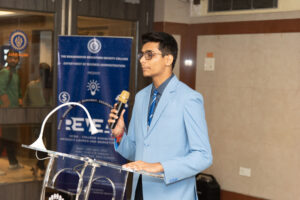 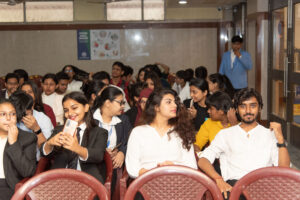 Lastly, the first position was bagged by Team 6 with Priyanka days, Aayushi Bilakhia, Nandini Chowdhury, Vishwesh Singh, Aman Jha with organizer Ankita Chakraborty for their phenomenal performance. They came up with fuel made out of plastic, and its composition left everyone in awe. They decorated their stall in such a way that it spoke about their product and established their presence successfully, which attracted the crowd.

The event was a massive success due to the unending efforts put in by the Event Management Teacher Coordinator, Prof. Kaushik Banerjee and the student representatives Devjyoti Banerjee and Madhav Mohta. The BBA event management society also contributed to make this event successful.