The Bhawanipur Education Society College (BESC) has always been in the forefront of the effort to provide tech-savvy education to its students. With a wired campus, electronically aided classes and a digitally inclusive faculty, BESC was therefore more than ready to make the transition to reach out to its students who were otherwise “locked down”, shall we say, before the others could even say “Zoom”! 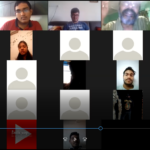 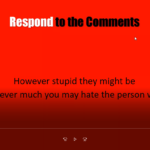 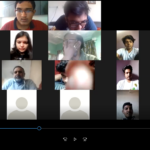 What is even more remarkable about the BESC initiative to keep academic pursuits in continuum are the facts that there is no perceptible change in the quality or content of the lessons being imparted and that the entire process is being organised and managed by the students themselves. For the initiated, BESC students organising their own events is no surprise – it is the rule, rather than the exception, but the way the students are braving the odds (read immobility) imposed by the lockdown and still organising one digital outreach after the bother is indeed commendable.

Again, it will not be out of place to mention here the fact that as the students are under no obligation whatsoever to attend the classes, attendance can only be attracted with the right content, and to some extent, the reputation of the teacher taking the class. In either case, it is not an easy task to attract the locked-down young-adult, who is already swamped with an overdose of digital content and little else.

But for the right content, there is no dearth of willing students eager to join in. Take the case of “How to be a Blogger”, a two-hour cash course that was conducted by Chawm Ganguly. That Chawm Ganguly has been blogging for more than a decade now, that he his one of the big-ticket content marketers and that, being an auto-didact, he is able to highlight exactly the points that fall in the twilight zone between academic and practical knowledge – points that spell the difference between the winners and the also ran’s is well known in the campus. Besides, his presentation skills and the ability to show how exactly one’s passion can be converted into a profession also had many students clamour for the talk, which was organised without a glitch by students Gaurav Killa and Nikita Mittal.

In all a hundred and eighty-seven students participated in the one-hour session which had to be extended by another hour as the speaker took questions from the students and addressed all the issues that were raised. While on the face of it, the session was about blogging, the presenter went to great lengths to explain how it is also a lesson on creative writing and how students can utilise the same principles to muster the art of writing.

Most of the students who raised questions talked about their desire to strike out into the world of bloggings and wanted to know of a sure-fire way that would take them to the top at the shortest possible time and with the least amount of effort. The speaker explained to them in no uncertain terms that there is no short-cut to success, and blogging like everything else in life requires passion and calls for dedication before the initiator can even start dreaming of being successful. “Blogging” he said, “may be instant in terms of gratification and may even be considered as an evolved avatar of old-fashioned writing, but it still calls of sacrifices from the writer that are as old as time immemorial”.  The more serious among the students talked about a variety of subject on which some were already writing blogs, including Buddhism, Management techniques, and Gastronomic delights, about which they raised specific questions which were answered and the individual ways forward was discussed. As a matter of fact, the speaker exclaimed his admiration and pride in the kind of work that is already being done by the BESC students and went on to assure them of his continued support for their endeavour while wishing them good luck and god speed.

Prof Dilip Shah, the Dean of Student Affairs of the BESC initiated the class by welcoming the participants and introducing the speaker to the students. He also welcomed to the session Suhasini Barman an exponent of micro blogging who participated in the monologue.

The session ended with a round of applause to Divya P. Udeshi the office assistant at the Dean’s Office of BESC who has, single handed, facilitated the organisation of the BESC lock-down outreach programme and has been instrumental in coordinating with the different stakeholders to make the programmes successful.

This report has been filed by Nikita Mittal of the Expressions collective of the BESC.