It was literally a Season of Plenty so far as placements go.

On the eleventh of February, the HR Recruiter-in-Chief of TCS visited the college campus.

The fifty students who had appeared for the session were literally at awe, even as the company representative began by listing the reasons as to why what she was bringing on the table was not the best that there can be – the odd hours that the interns will be expected to keep and how they initially play havoc with the body’s clock; the high attrition rates that the industry is riddled with; the package that was being offered, which though on the higher side, was nowhere near the top . 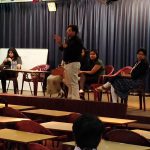 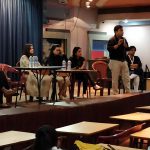 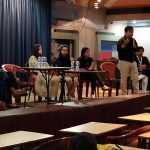 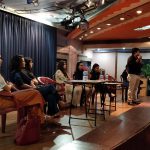 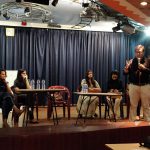 But the name, like they say, was enough to fire the imagination of the students who went through the exhaustive presentation and took the gruelling test that followed.

In all, eighteen students were shortlisted for moving closer to the final selection. In percentage terms, impressive thought one, though the company representative chose to be non-committal.

After a bevy of activities, that witnessed a variety of methods being applied for selecting the best candidates as per the requirement of the respective employers, ninety students were selected for placement as interns to be absorbed based on performance.

The HR representatives who visited the campus were unanimous in their praise for the general industry readiness of the BESC students, who, according to them, were not only raring to go, but were also geared up for making the transition into the corporate world.

This drive followed a string of earlier placements which included students who were placed in Indigo and Sudaram Finance while ten other students were taken in by Annapurna Foods for market survey, on the completion of which they were provided an opportunity to join the organisation.

Prof Dilip Shah, the Dean of Student Affairs of BESC had reasons to be ecstatic “If we add the students who have been placed on the completion of the GST course, then this year, we have already placed about two hundred and twenty students over the two placement drives that were facilitated by the College.

By the time all the reports come in and the different numbers pertaining to the one-off placements are calculated, we are confident that we will easily sail past the two hundred and fifty placements mark, provided we have adequate applicants”.

To put things in the right perspective one must see the figures in the backdrop of the fact that most of the BESC students do not seek placements as they are keen either to pursue further studies or, post their graduation are absorbed in their family businesses.

“We are also extremely happy to note another emerging trend” said Prof Minakshi Chaturvedi who co-ordinated the placement drive for the college “that of students taking about their own start-ups, wherein they are keen to take the plunge right away as entrepreneurs and are seeking assistance”.

Overall, the students who had made themselves available for placements were also happy.

“It was an exhilarating experience” said one “to be interviewed by representatives of some of the most respected names in Corporate India.

That too right in the campus, even before we have completed our studies.

The packages that have been offered too are well in keeping with the industry norms and it is a great pleasure – as a matter of fact, I have never had such a moral booster in my life so far. Thank you BESC.”