International Management Institute Kolkata representatives, Sneha Chakravorty and Aparna Singh Roy (an alumnus of BESC) were in the campus on August 29th 2017, to conduct the initial round and identify the winners who will represent BESC in the forthcoming IMI Kolkata Fest.

Participants – a hundred and twenty of them – were taken on an intensely competitive musical Odyssey spread over three innovative rounds. In the first, an actor / actresses name was given and the participants were required to sing as many songs picturised on him / her within three minutes.

In the Second Round, a word or a phrase were given to the participants who were expected to sing a song around it.

In the final round Songs were given and contestants were expected to identify the names of the Actors / Actresses, Director and the respective movies.

In all 23 teams of 5 members each participated, with about 200 students thronging the auditorium to cheer the participating teams. The wild card entry, was team Faculty led by Dr Divyesh Shah, and comprising of members of the faculty – their classroom roars magically transformed into melodious tones. What is more, they went on, all the way to the victory stand. And no, they were not the ones setting the questions. 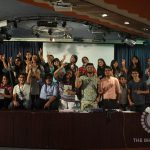 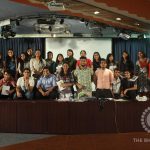 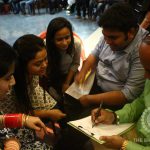 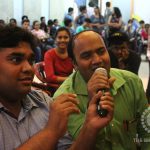 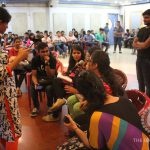 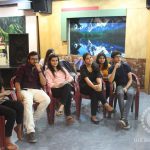 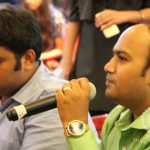 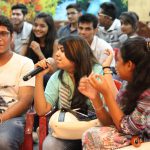 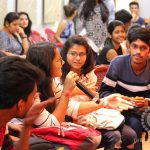 Three Teams C, D, Q & R emerged winners and was crowned the Apostles of Antakshari of BESC by Prof Dilip Shah, the Dean of student affairs of BESC. They will present the college in the forthcoming events.

Said a beaming Aparna Singh Roy, “it’s so good to feel (and hear) the same BESC tunes that I carry in my heart. So much has changed in the campus since the time when we were students here, yet, the zest for life, the ability to emerge winners in everything we do, remains the same. Love you Hamesha, BESC”

The event was organised Shivam Gupta and Darshdeep Singh Walia.

The report has been filed Siddhant Jha Expressions Collective of the BESC. Siddhant has also taken the photographs of the event.