He is credited, with Samuel Coleridge, for launching the Romantic Age in English Literature. He was the Poet Laureate of Britain from 1843. And there is hardly anyone among us who has not grown up reciting “I wondered lonely as a cloud” from the Daffodils or The Solitary Reaper in school. Yes, we are talking William Wordsworth (7th April 1770 – 23rd April 1850).

The Bhawanipur Education Society College (BESC) celebrated Wordsworth’s birthday with Tarry-a-Moment, a session of flash fiction. Celebrated author, an alumnus of the college Amar Agarwal, who has already composed close to a thousand pieces in this emerging genre of writing and is awaiting their publication was the Guest of Honour at the event. About sixteen students were there, armed with gems, having put their thoughts on paper. The teachers were also there, eager to partake in the nectar that the churning was sure to throw up – Dr Vasundhara Mishra, Prof Mohit Jain and Prof Dr Devesh Shah, who did the honours. 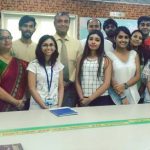 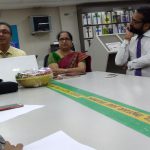 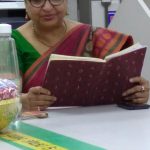 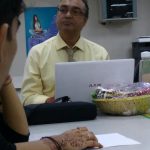 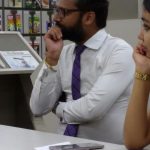 The event was engaging to put things mildly with Amar Agarwal regaling the audience with pieces that flashed @ the speed of thought. What was remarkable however, was the students matching him, wordsmiths all, in thought and content, presenting in the process, an engrossing afternoon of soul caress. Suh was the high quality of the deliberations by the participants that one teacher who was present in the audience quipped, that it seemed that Wordsworth had the event in his mind when he had penned the immortal lines:

“I listened, motionless and still;

And, as I mounted up the hill,

The music in my heart I bore,

Long after it was heard no more.”

Dr Vasundhara Mishra has collected the pieces prepared by the students and will feature the same in the College Magazine – Pragya. All kudos go to Koel, Kathakali, Muskaan and their team of volunteers, solitary reapers all, who gathered the hay while the sun shone, singing as they toiled. Congratulations. “O listen! for the Campus profound, / Is overflowing with the sound.”