India marked its 73rd Republic Day this year on 26th January. While India gained independence from the British Raj in 1947, it wasn’t until January 26, 1950, that the Indian Constitution came into effect, and India became a sovereign state, declaring it a republic and thus this day is celebrated in India every year, as on November 26, 1949, the Constituent Assembly of India adopted the Constitution of India.

To mark this auspicious day, like every year, The Bhawanipur Educational Society College, faculty members and students celebrated this day with pomp and show, zeal and spirit in a hybrid mode. This year’s celebration was a tribute to the revolutionary Mangal Pandey. 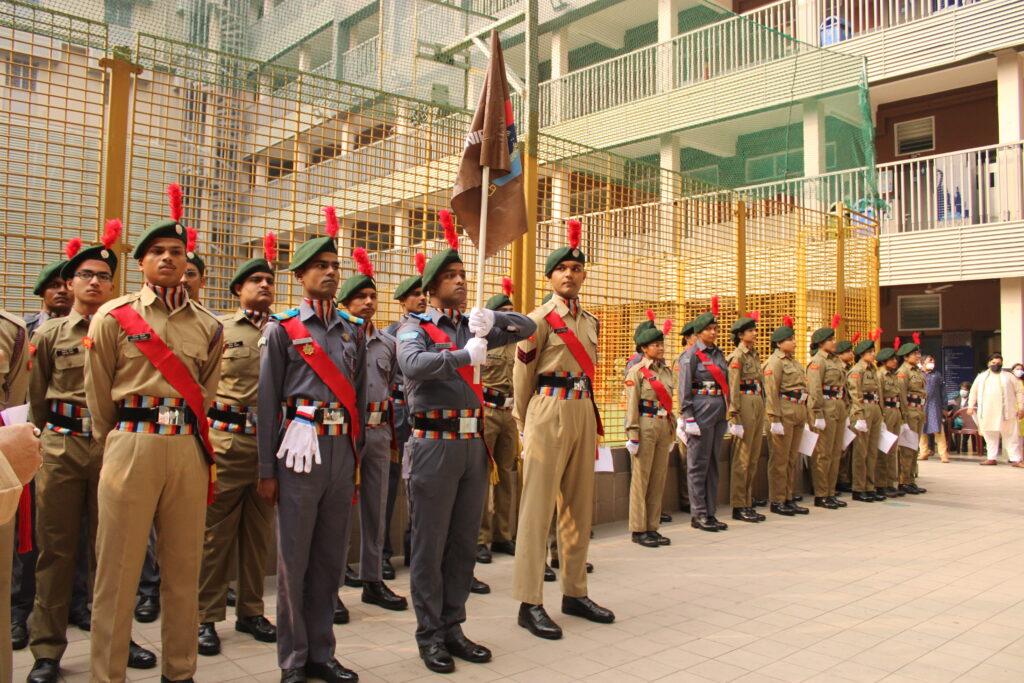 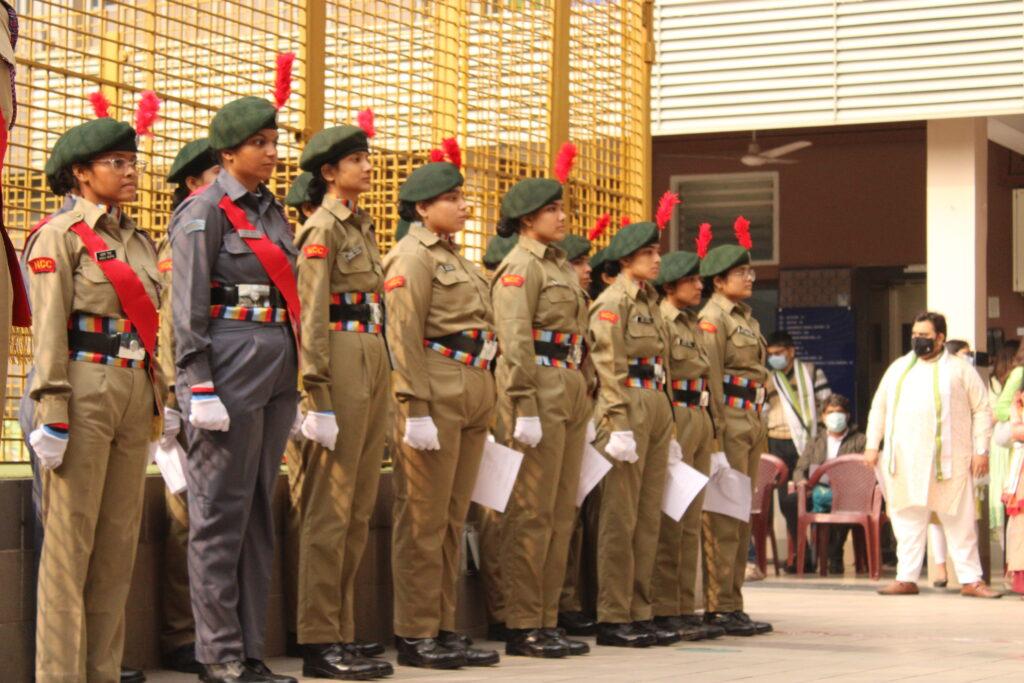 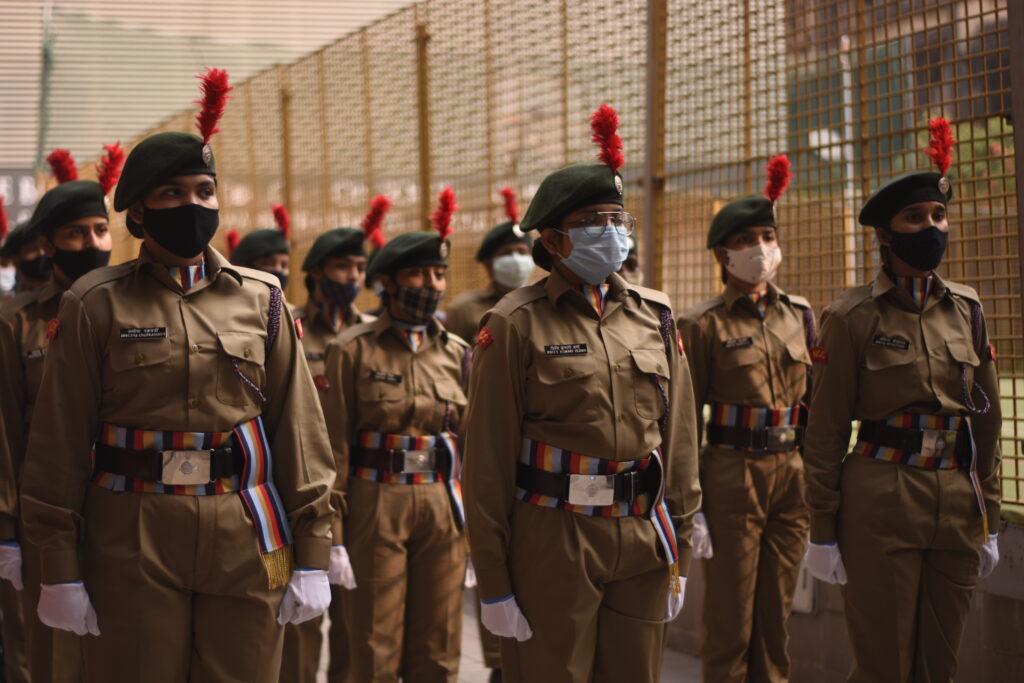 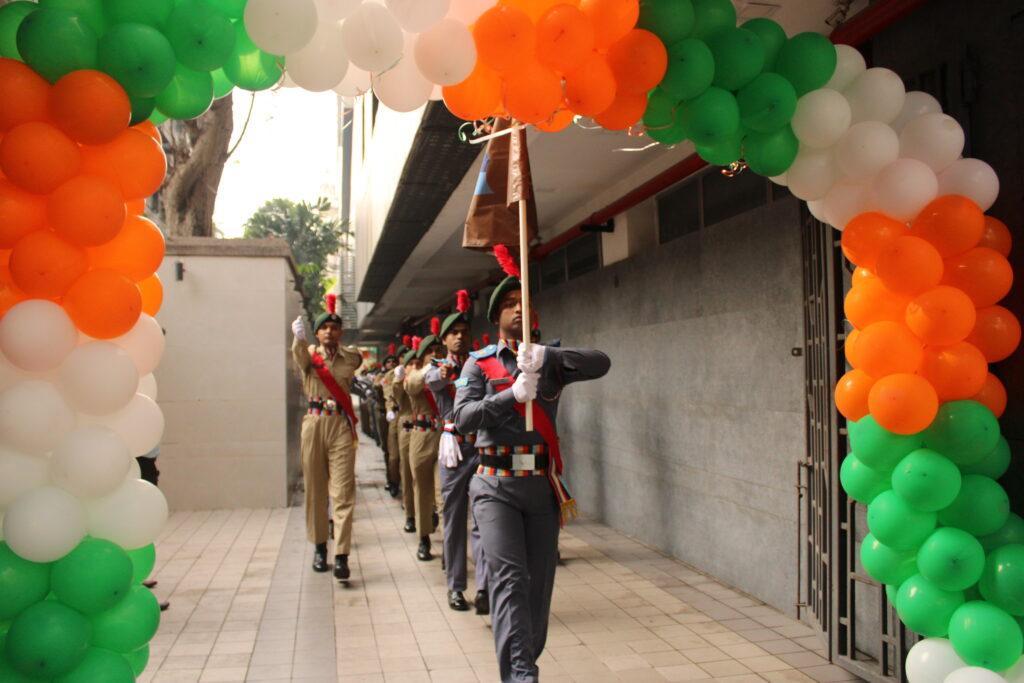 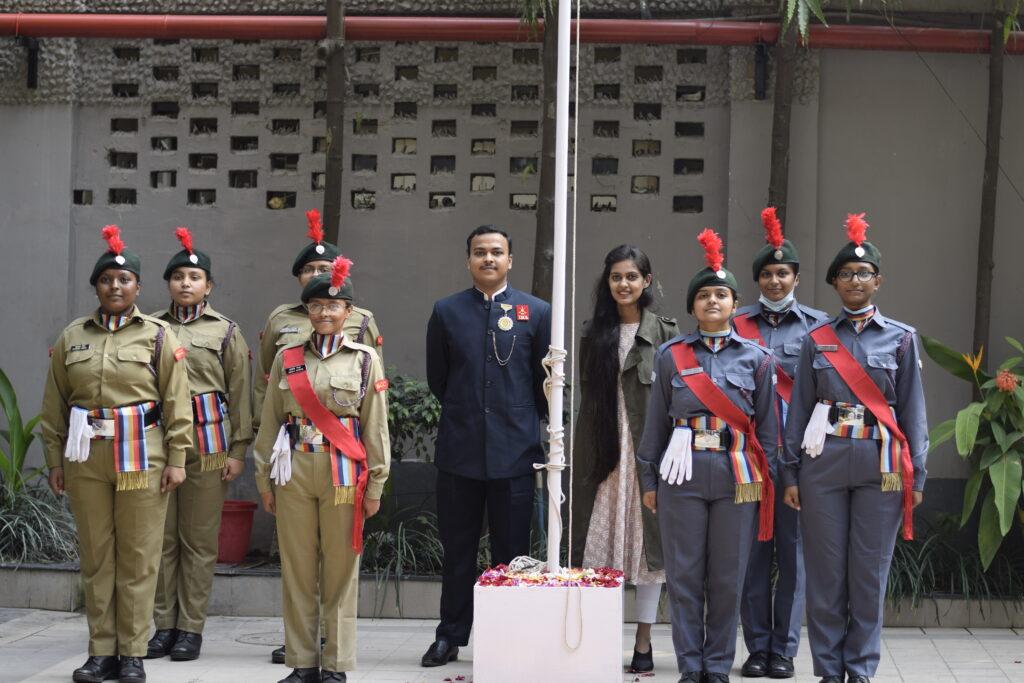 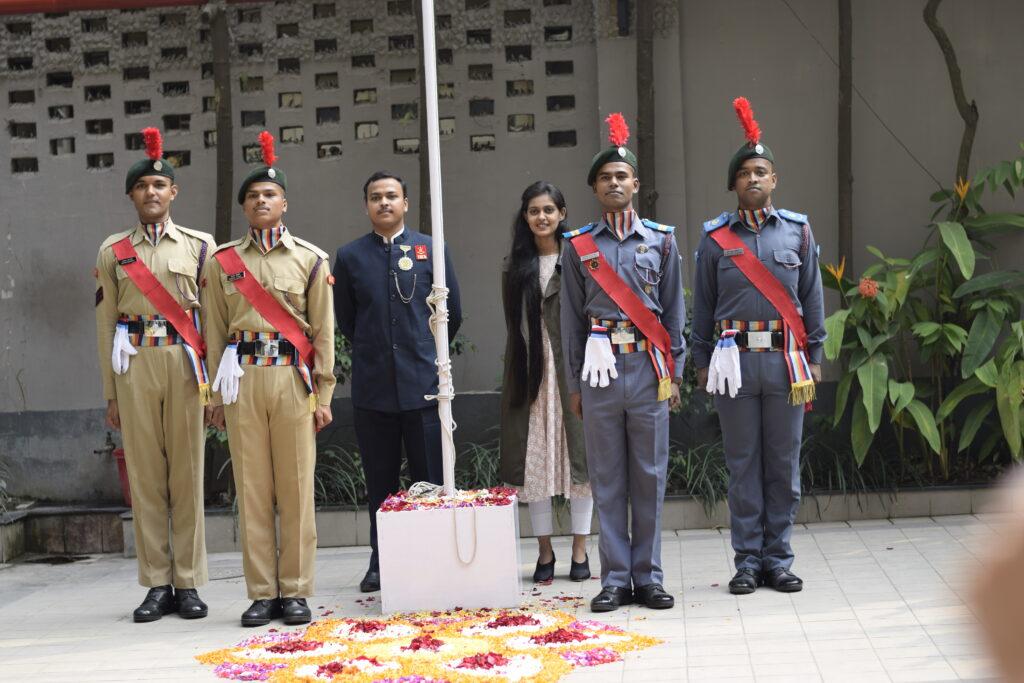 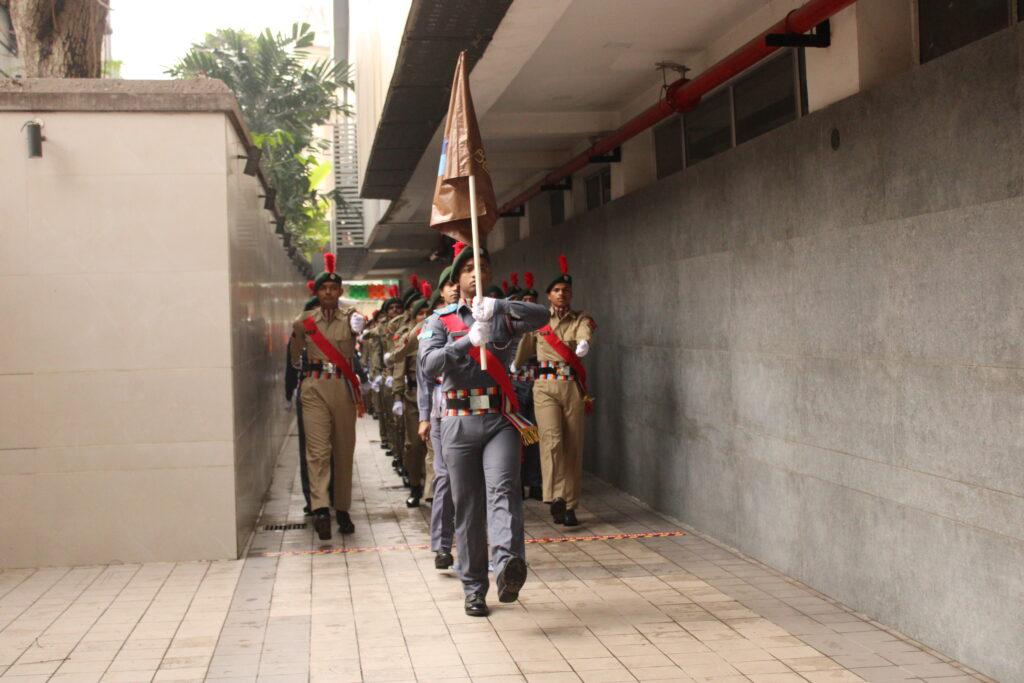 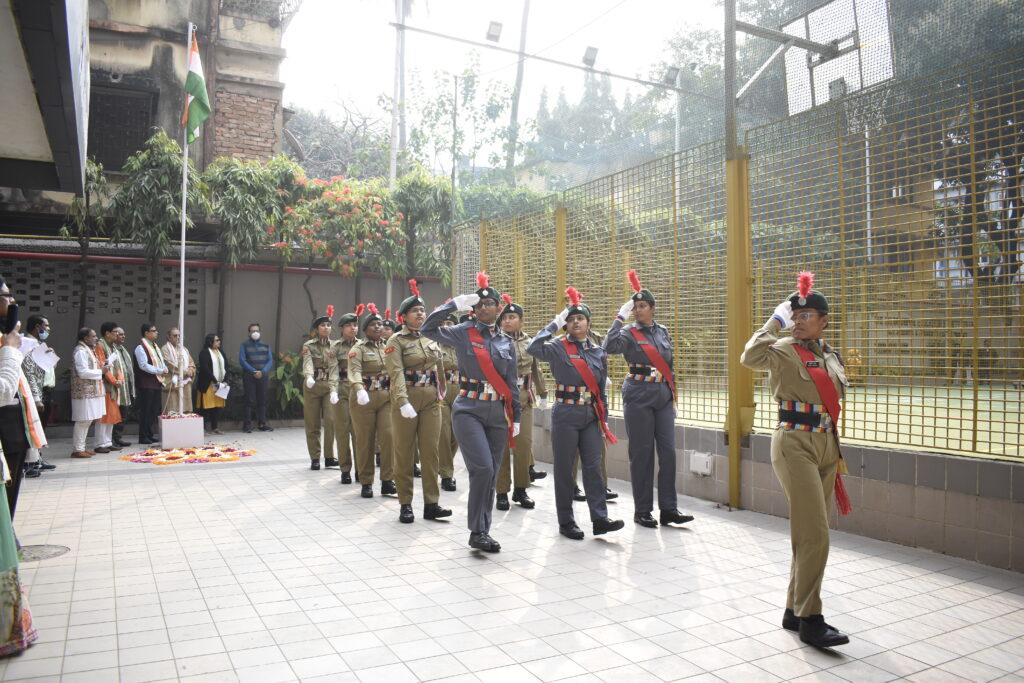 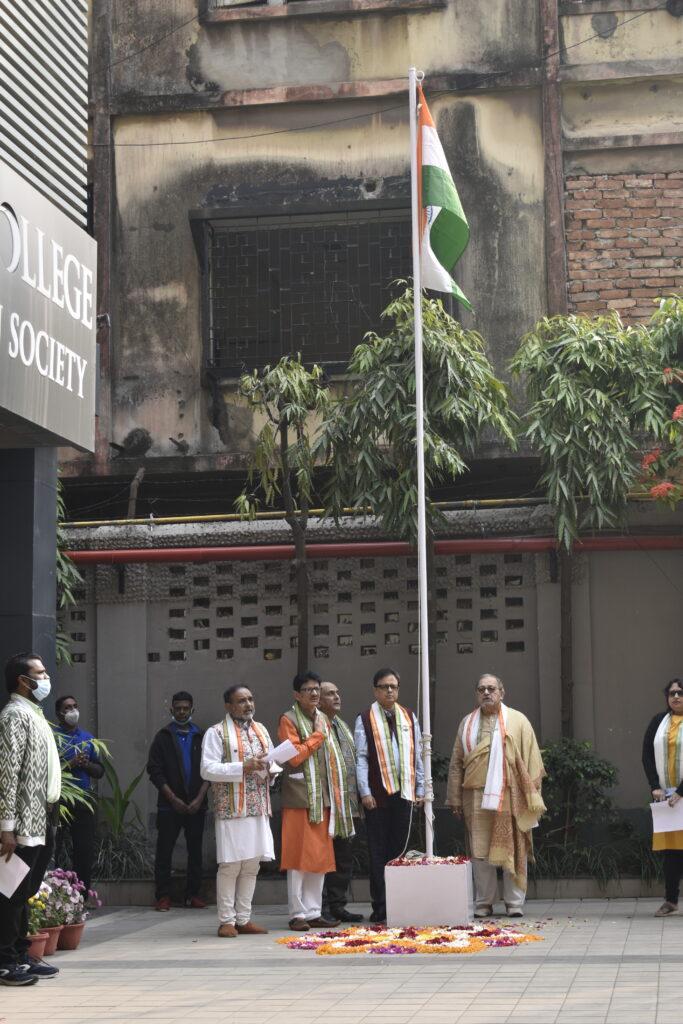 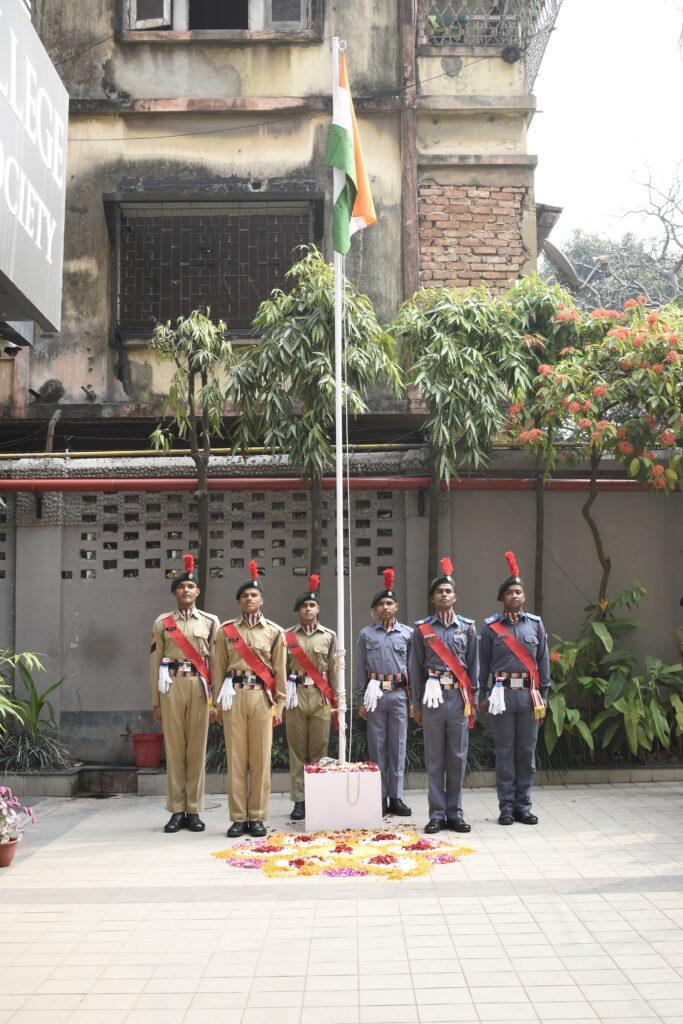 The day  started  with a countdown to the event with a tribute to the freedom leaders of India after which the programme started at 9 A.M  with Prof. Minakshi Chaturvedi , coordinator of morning commerce department,  inaugurating  the beginning of the event by giving a welcome speech to the crowd and talking about the importance of Mangal Pandey which was followed by the Enact collective giving a spine chilling performance where a college student Yuvraj Surana  narrated the whole story of Mangal Pandey dressed like him .

After this, the representatives of the College management, Sri Jeetu Shah, and Sri. Umesh Thakkar, Teacher in-Charge, Dr. Subhabrata Ganguly, hoisted the national flag with round of applauses and salutes following which NCC cadets of the college showcased a march past with great energy and high spirit. Everyone then stood up to sing the national anthem of the country, Jana Gana Mana. 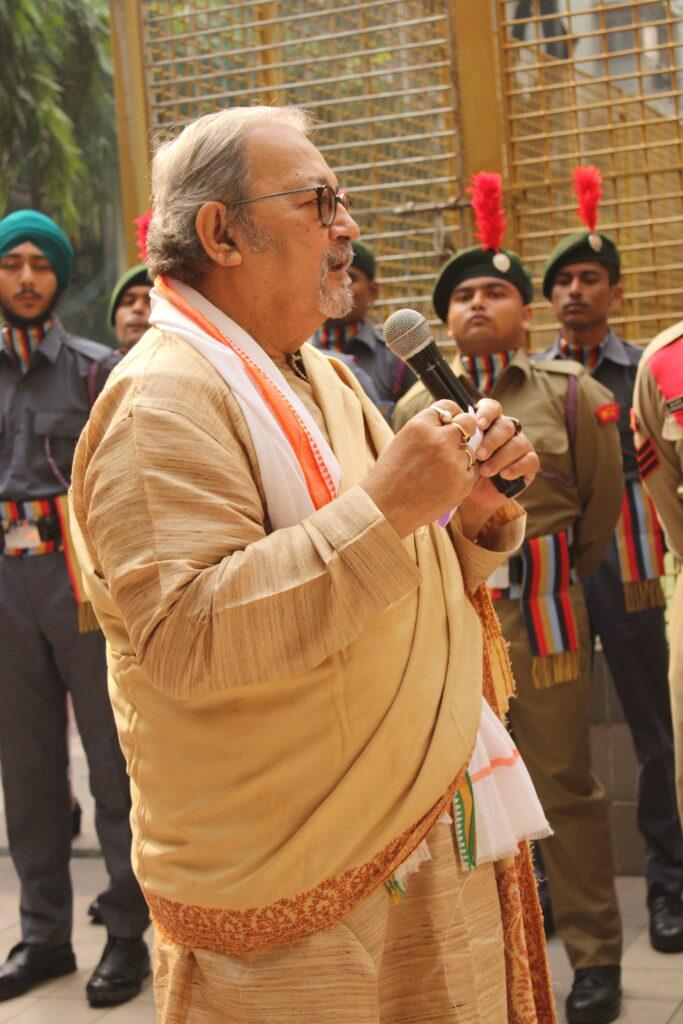 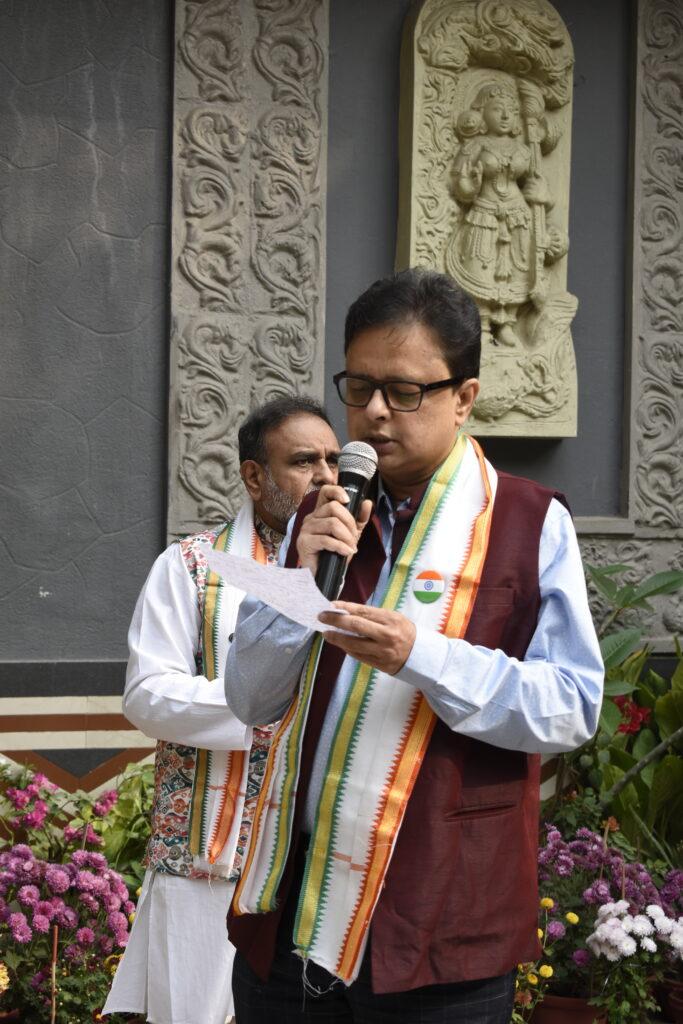 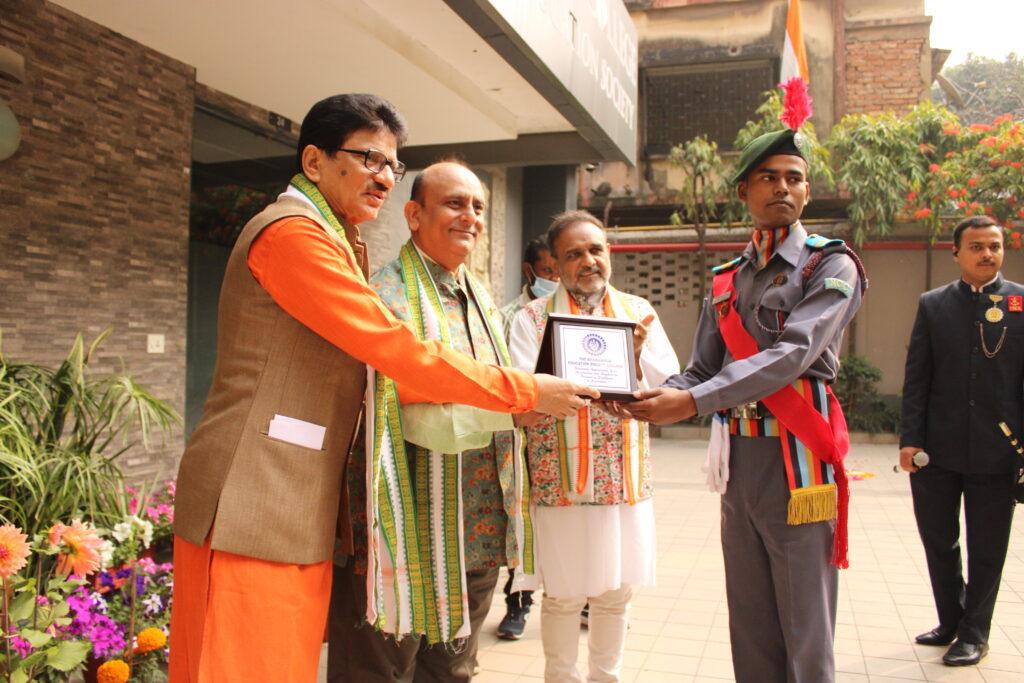 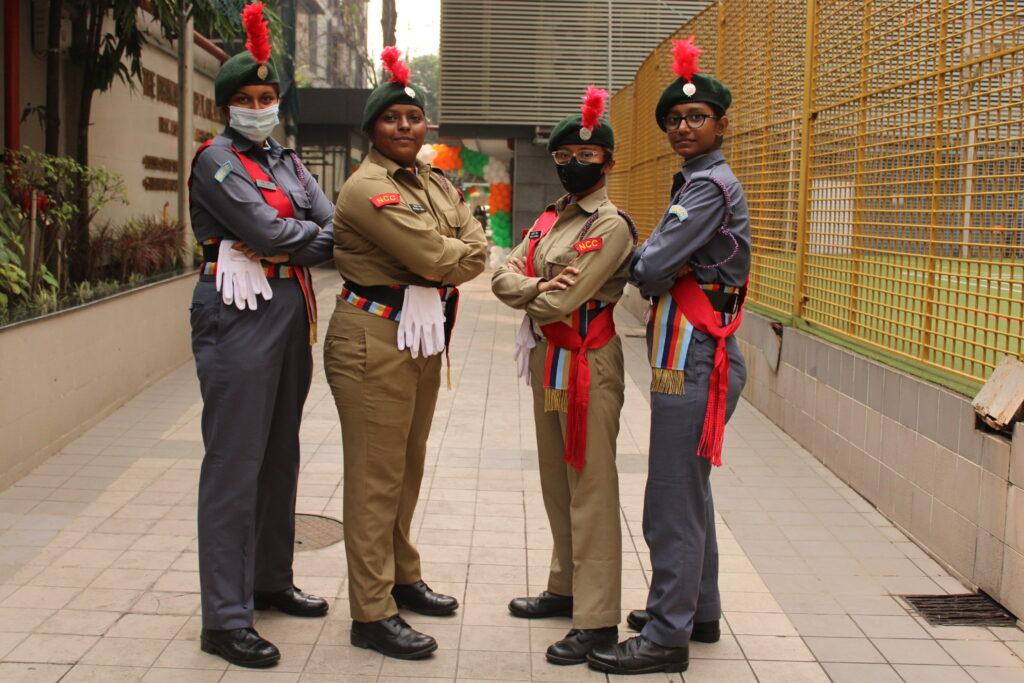 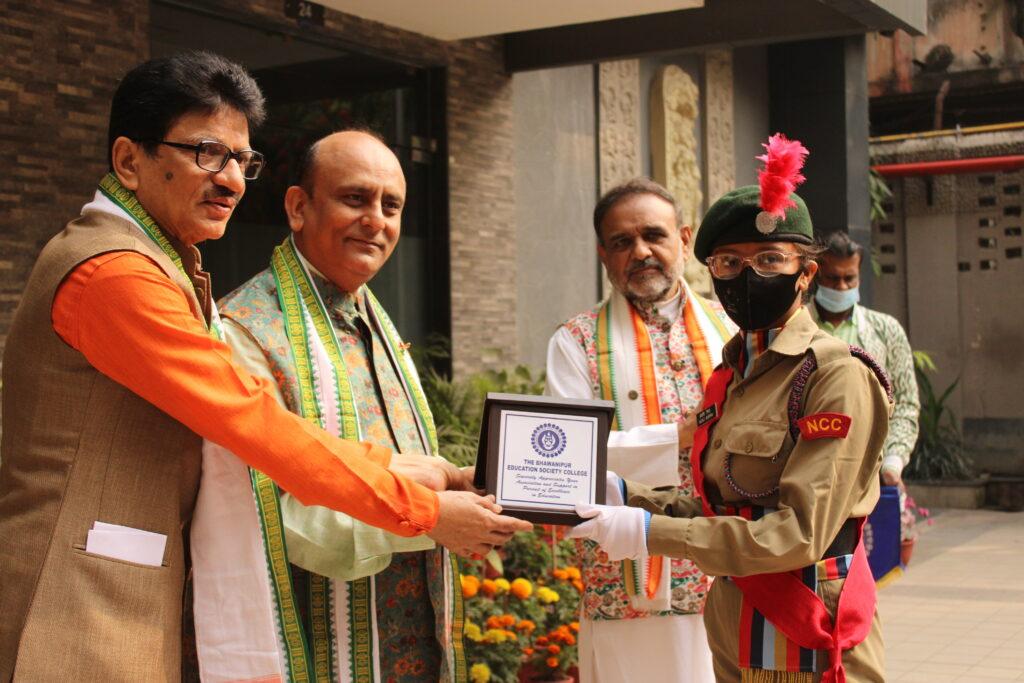 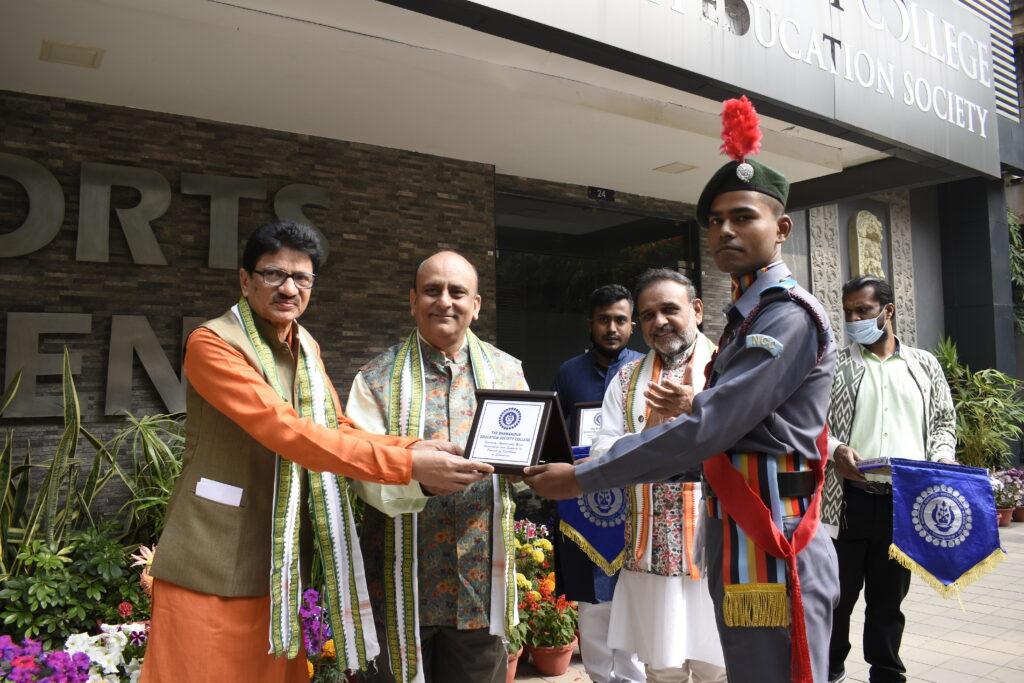 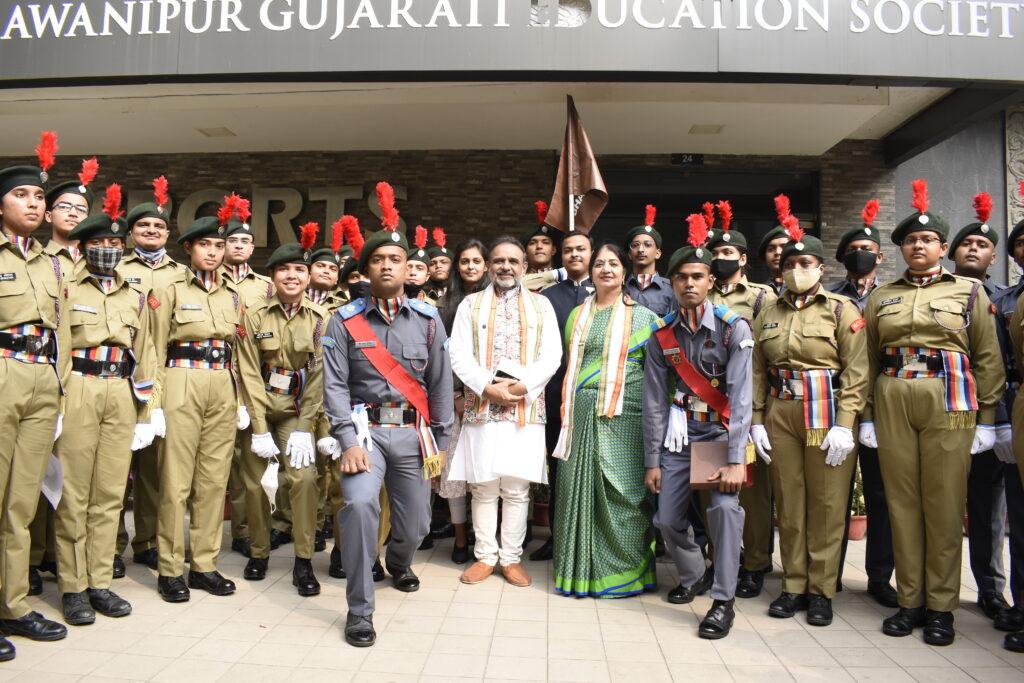 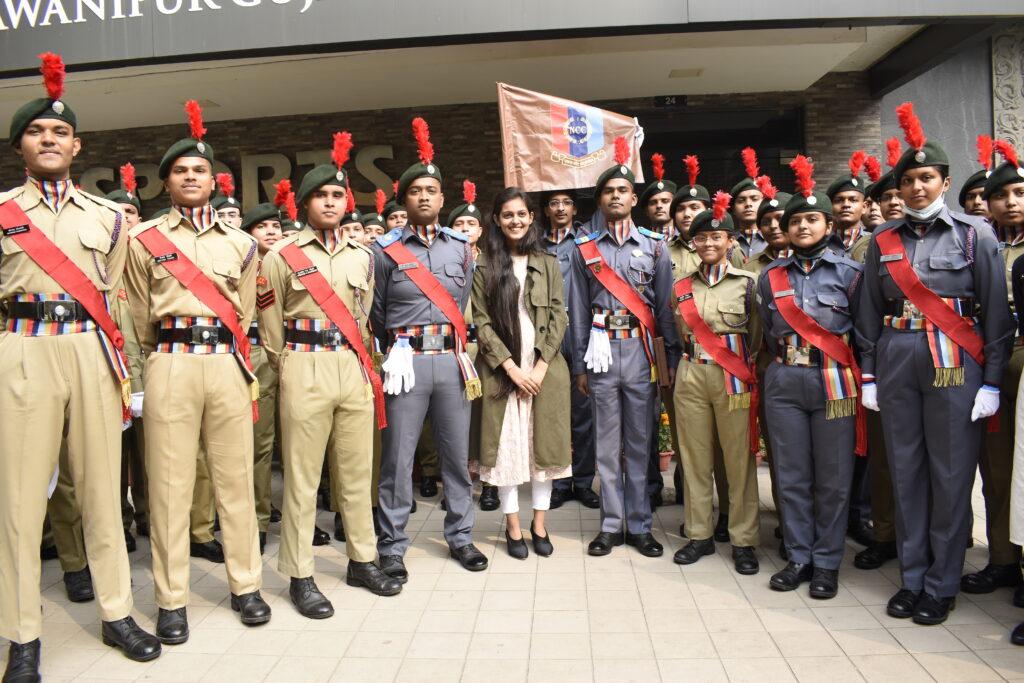 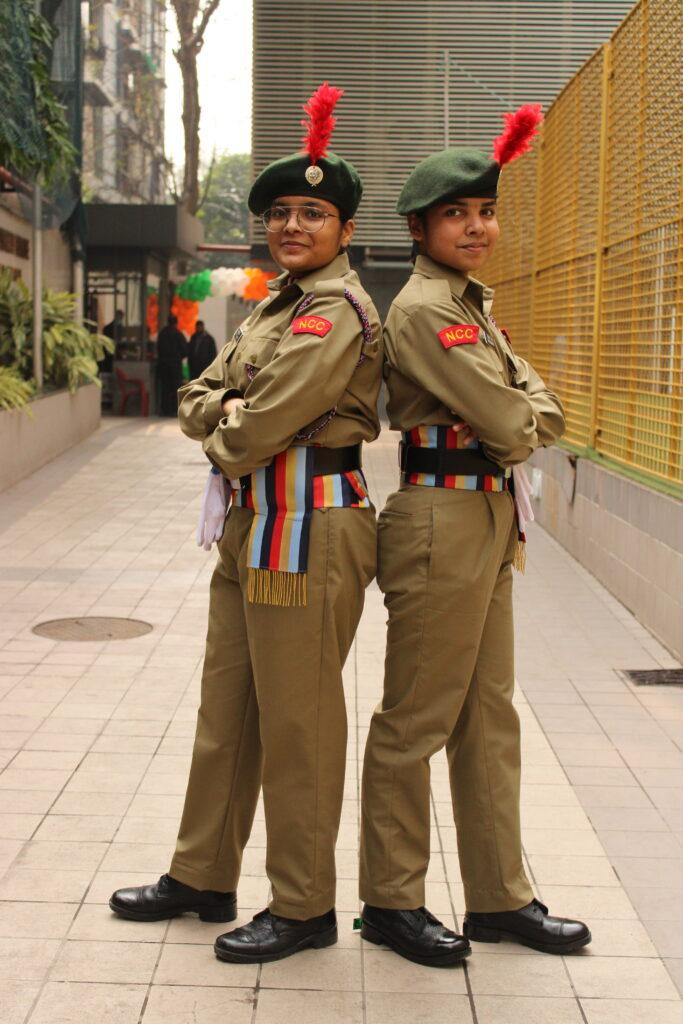 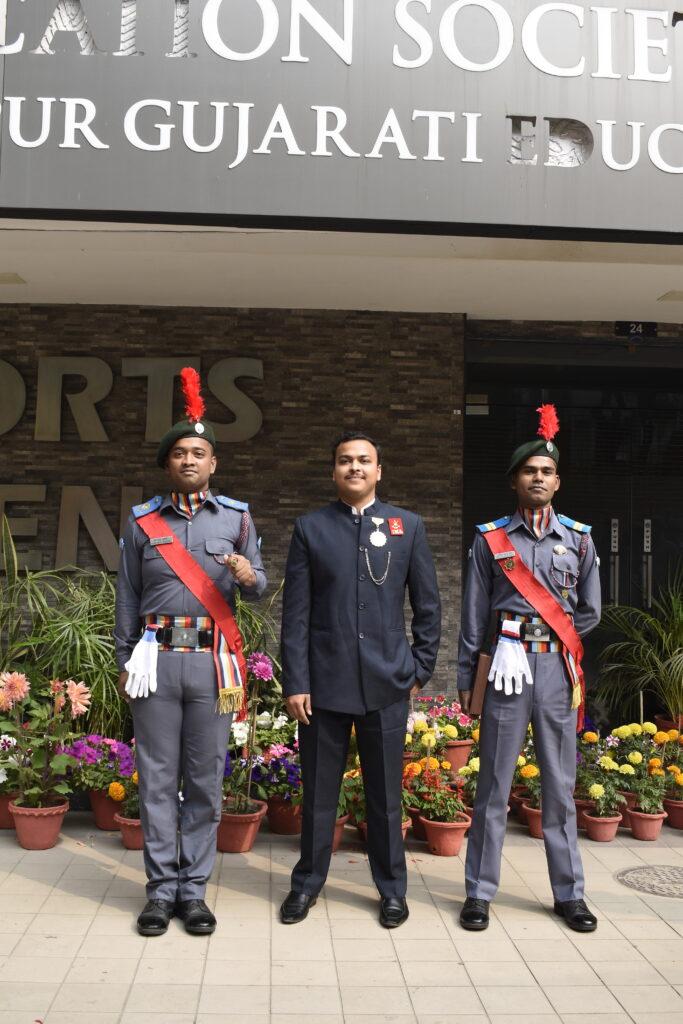 Dr. Subhabrata Ganguly then addressed the crowd with his speech on the importance of Republic Day.  Followed by Director General, Dr. Suman K. Mukerjee, inspiring speech on the hardships and struggles of the freedom fighters of the country and the importance of the preamble. Prof Dilip Shah, Dean of Student Affairs, then continued the event with the reading out the preamble and a pledged to abide by it. 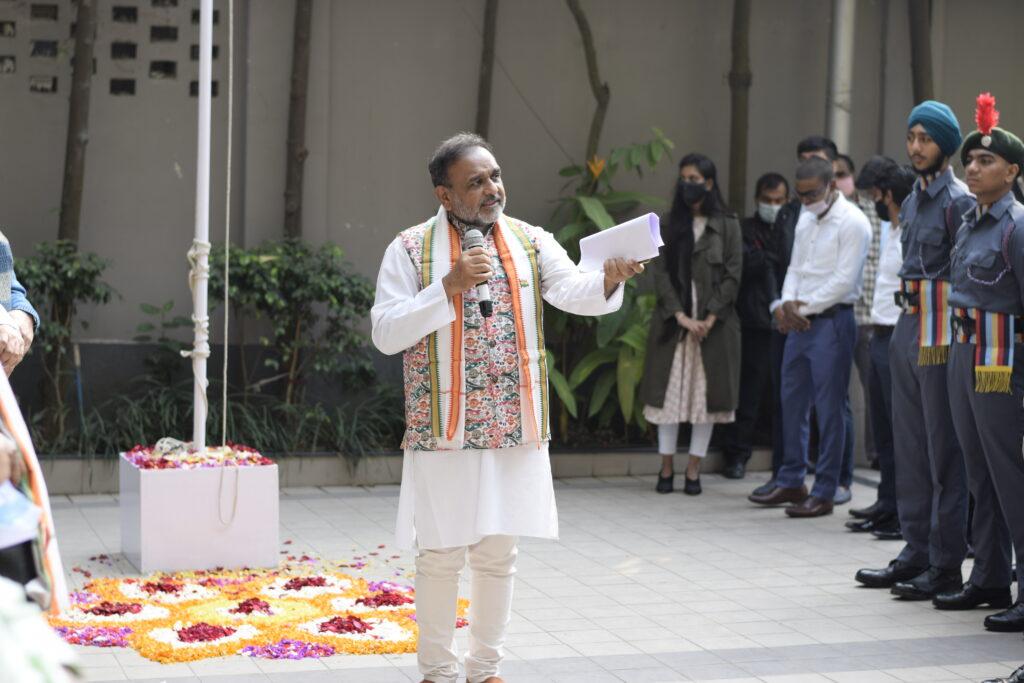 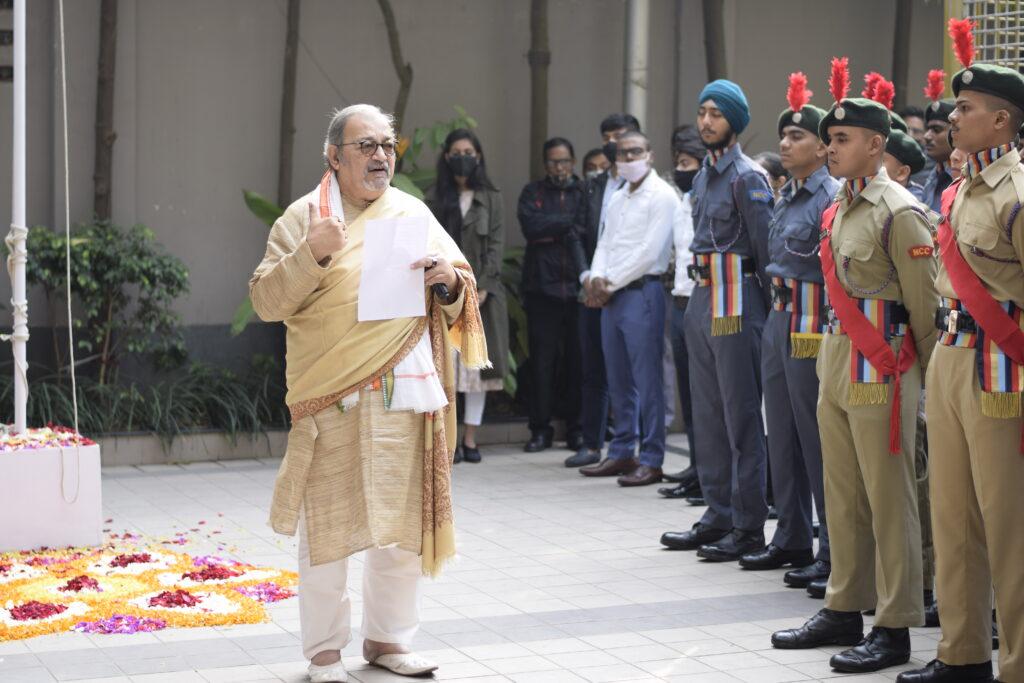 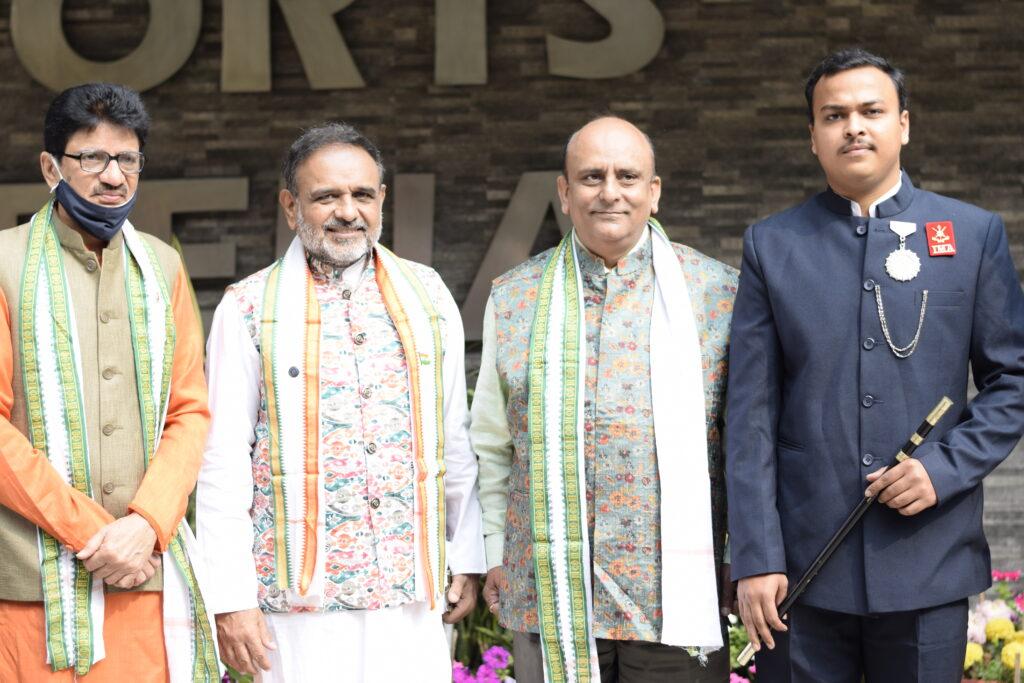 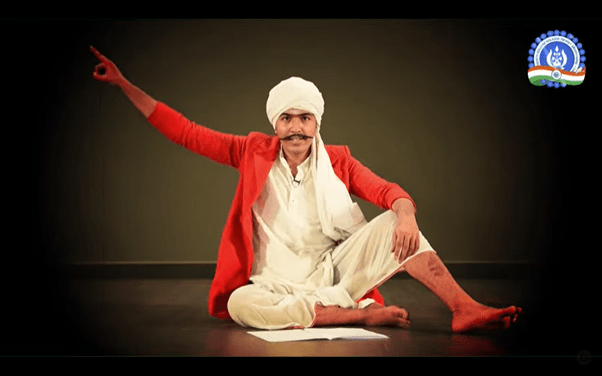 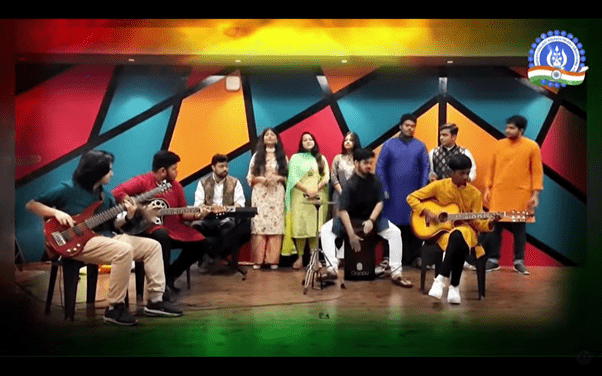 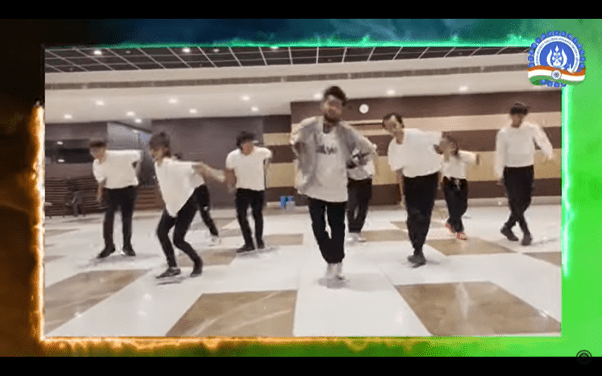 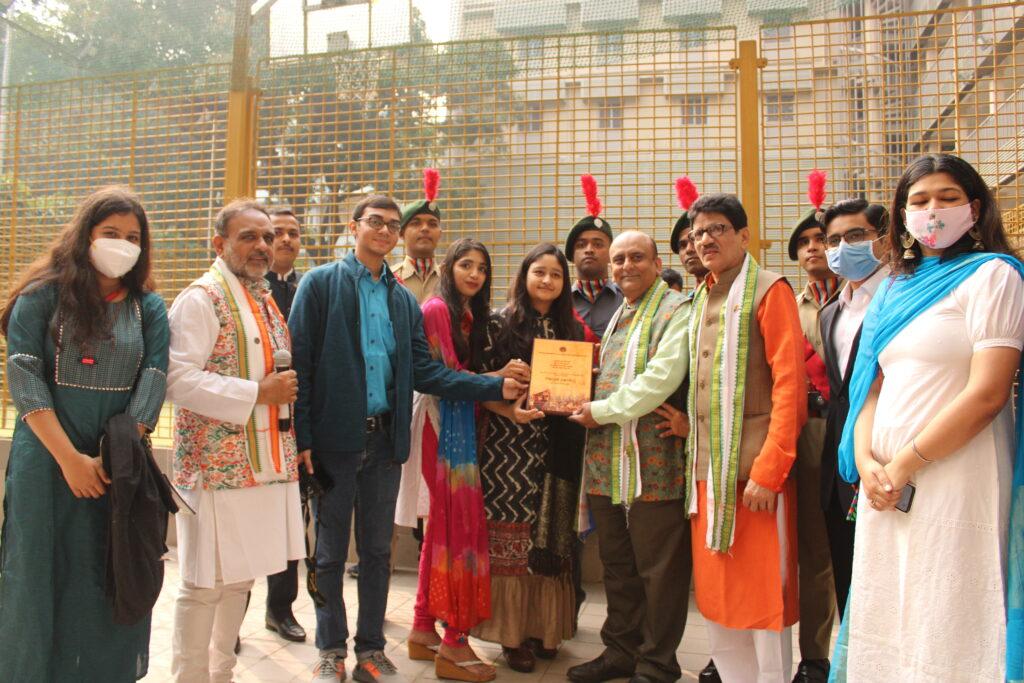 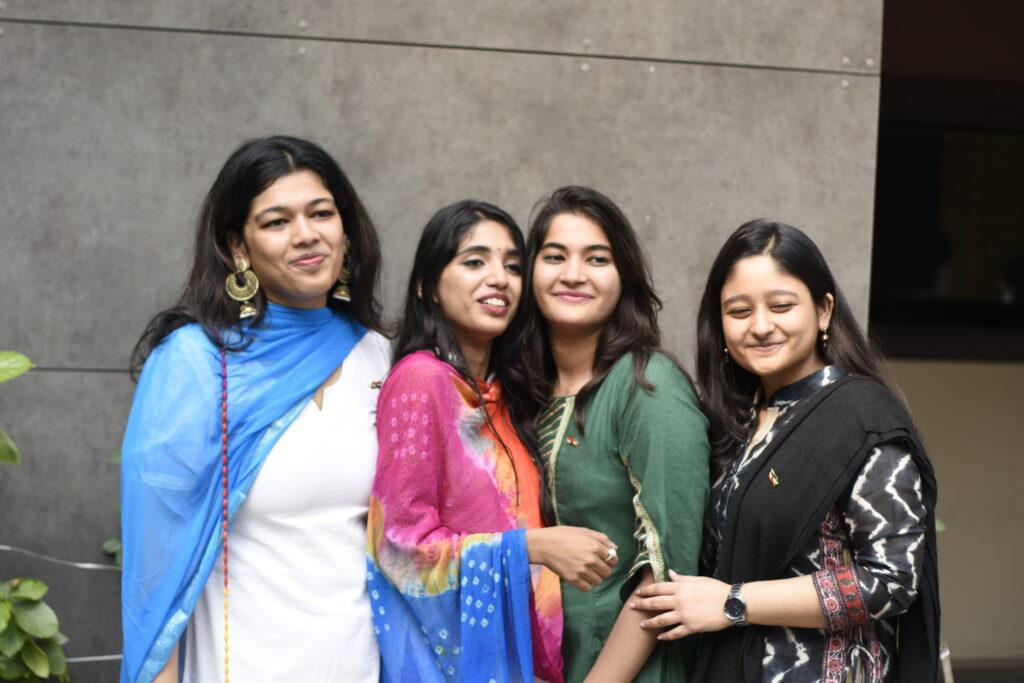 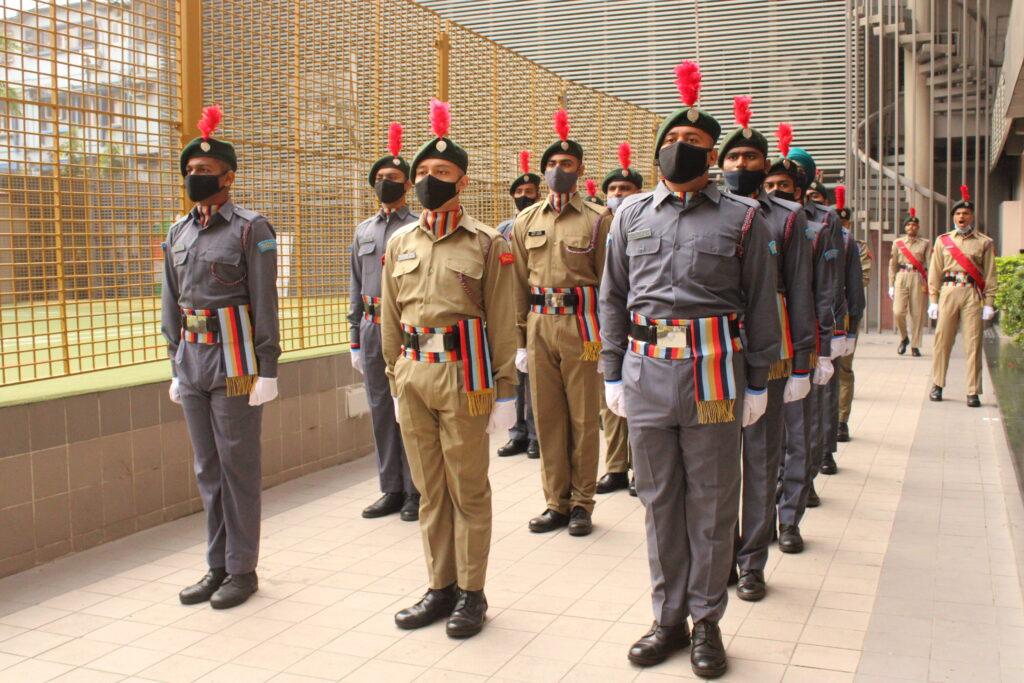 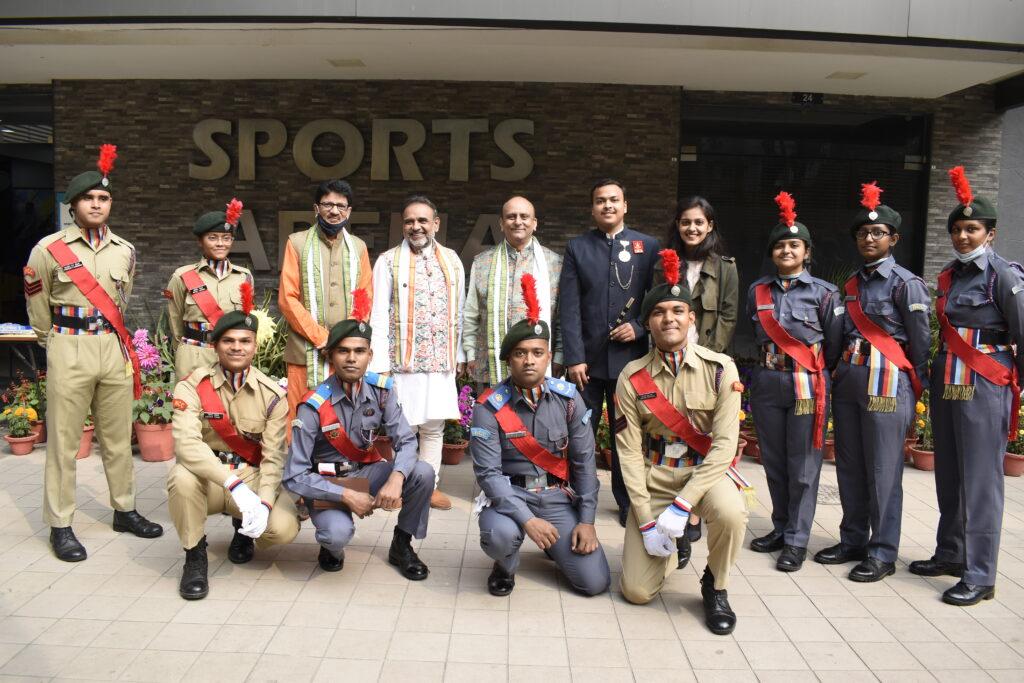 The programme came to an end with the faculty members and students presenting a memento on Mangal Pandey to the management and the students from the NCC cadet, CSUO Abhisekh Singh and Sergeant Anjali Mishra.

Lastly there was a small footage displayed showing glimpses of the vaccination camps in the college and the social responsibilities undertaken by the college marking the end of the day’s celebration.