Detailed Report
On the World Press Freedom Day Celebrations, 2019
Organized on May 10, 2019
By The Department of Journalism and Mass Communication
The Bhawanipur Education Society College, Kolkata, India

As part of the World Press Freedom Day Celebrations, The Department of Journalism and Mass Communication, The Bhawanipur Education Society College (BESC), Kolkata, India organized a series of events on May 10, 2019. Though the program was originally scheduled to be held on May 03, 2019 in accordance with the globally recognized date for the event, it had to be postponed to due to the impending threat of the cyclone “Fani” over Kolkata on the scheduled date. 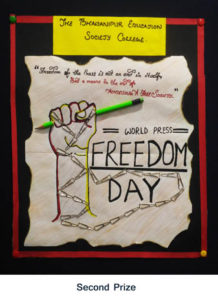 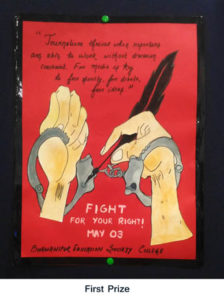 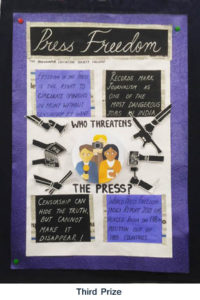 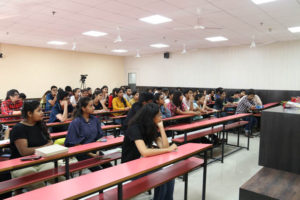 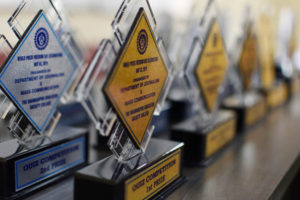 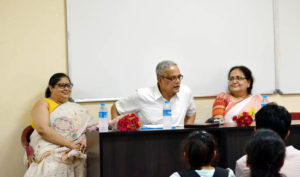 The celebrations were aimed at imparting greater awareness among the young minds concerning the importance of a free and vibrant press/media in the establishment and upholding of a well-informed and democratic world order and fostering motivation towards actively contributing to the same. The events for the day included debate, poster-designing/presentation and quiz competitions for the students. As a prelude to the celebrations, the Department had also organized a feature-writing competition earlier on April 30, 2019.

The inaugural session was followed by a special lecture by Mr. Subir Ghosh, his topic for the lecture being “Freedom of the Press: The Myth and the Reality”. In his lecture, Mr. Ghosh emphasized on the increasing challenges faced by the journalists today in the greater scheme of expanding the journalistic profession and pointed out that so long as the media remains driven and controlled by the market forces, the freedom of the media shall always remain a myth. The special lecture was followed by the students’ events.

The poster-designing/presentation competition was held in the post-lunch session. The students had to make hand-made posters and explain the same before the audience. Seven teams,each comprising of three students, participated in the event. The judge for the event was Mr. Subir Ghosh. The following teams emerged as the winners for the poster-designing/presentation competition:

The final event was quiz competition. Six teams, each comprising of three students,took part in the event.The quiz consisted of the following rounds:Time Travel Round, Times Now Round, Spot the Fake News Round, Audio-Visual Round, CBCS (Contestant Based Choice System)Round. The following teams emerged as winners of the quiz competition:

The program ended with the prize distribution ceremony. The following students emerged as the winners for the feature-writing competition held earlier:

The Guest of Honour for the occasion, Mr. Subir Ghoshwas impressed with the spirited performances by the students in all the events. He lauded the Department for having organized a student-centric program on such a significant occasion and expressed hope that more such events would be organized by the college in the future too.The program concluded with the Vote of Thanks by Mrs. Priyam Basu Thakur (Faculty Member, Department of Journalism and Mass Communication, BESC).

Posted in Events.
Share
PreviousINSTRUCTION FOR B.A. SEMESTER – II ENVS EXAMINATION
NextPUBLICATION OF RESULTS OF RE-EXAMINATION AND SELF-INSPECTION FOR B.COM. (GENERAL) PART I EXAMINATIONS, 2018 (UNDER 1+1+1 SYSTEM)