Sports and games are an integral part of life and have become a way of living a healthy life. Sports Event plays a pivotal role for young athlete which is why The Athletic Meet, URJA was arranged by the Bhawanipur Education Society College on March 12th, 2022 at the Gitanjali stadium , displaying the qualities of sportsmanship and teamwork by the students. The sprawling playground wore a festive look with colorful flags, shamianas, stalls and well laid tracks. 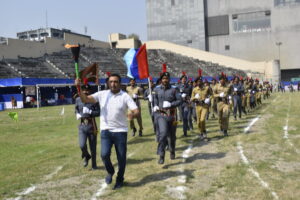 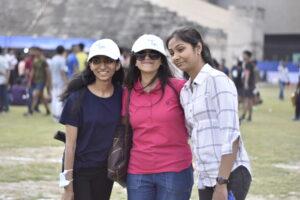 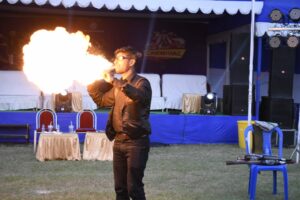 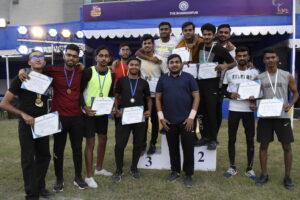 The event commenced with the Dean of Student Affairs, Prof. Dilip Shah addressing the crowd and encouraging the contenders to take an oath to ensure fair play and true sportsmanship. He then welcomed the guests for the day – Members of Management, Faculty Members, the Sports Officers, and support staff members. The athletic meet was declared open by the lighting of the torch by the sports officers and the torch bearers taking a lap of the ground and lighting the cauldron of the sports meet. This was followed by a well-coordinated march-past by the NCC unit of the college and the other 16 college collectives, representing their collectives by wearing various themed attires. A high energetic dance performance was then performed by the Flames collective of the college who gave a tribute to the nation performing on Bollywood numbers Koi Kahe Kehta Rahe and Jai Ho. 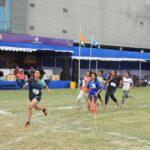 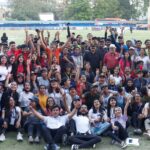 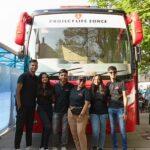 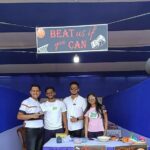 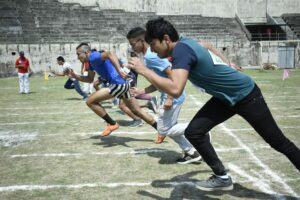 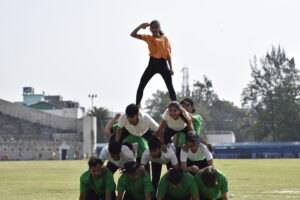 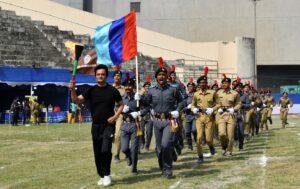 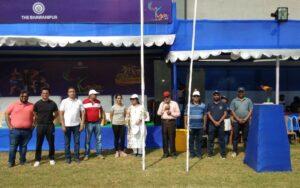 Apart from the ongoing competitions, the college had set up a Carnival inside the stadium with 21 stalls, run by the college students of various departments. The stalls were set up by 8 am for everyone. There were all sorts of stalls like bakery and desserts, handmade products, accessories, games, refreshments, snacks, garments etc.

After the track and field events were over, the day was taken to another level when a series of juggling shows were put up followed by a performance by the Fashionista collective of the college. The event came to its last bits after the prize distribution ceremony where the name of the winners and runner ups were announced and given medals and were encouraged, appreciated for their hard work and play. To do the honours we had Dr. Suman K Mukerjee Director General of the college and Wing Commander Mr. Vishnu Sharma. Best Athlete Male was awarded to Danish F Tarapore and Best Athlete Female was awarded to Yashvi Naygandhi.

The day ended with a live DJ performance for everyone.

The event coordinating team, faculty members and volunteers had put up a great show by conducting such a wonderful event. 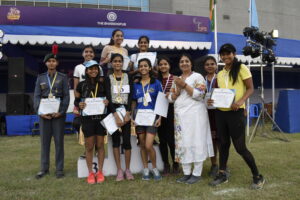 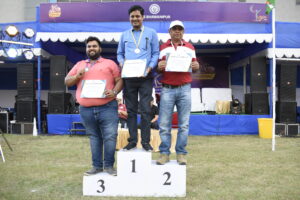 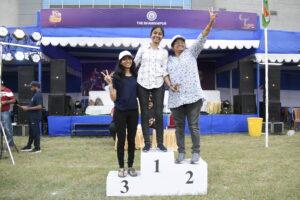 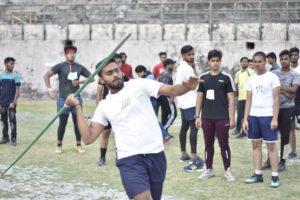 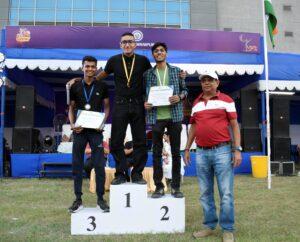 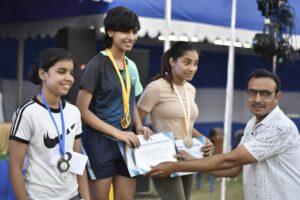 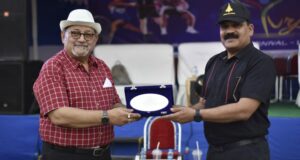 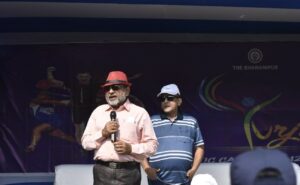 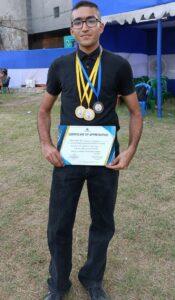 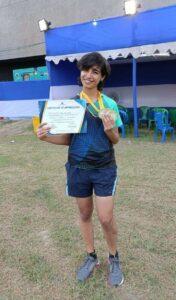