The Department of English, The Bhawanipur Education Society College, celebrated the pre-centennial year of Habib Tanvir by staging his “Charandas Chor” on 2nd April, 2022 in the Concept Hall from 3.30 p.m. to 5.00 p.m.

The event was divided into two segments. After the felicitation ceremony, the Department of English launched their first students’ magazine ‘Thoughtspell’. Dr. Gargi Talapatra, In-charge, Department of English (UG), introduced the audience to the bi-annual students’ magazine to be published online by the Department of English in order to showcase the strengths, skills and talents of the students and provide them with a platform to express their aesthetic endeavours. Professor Soumyajit Chandra, member of the editorial sub-committee, elaborated on the intricacies through a presentation of Thoughtspell. The magazine with student representatives from the Department of English (UG and PG) in the editorial committee along with a board of teachers from the Department, has five sections. The first section titled ‘Afflatus’ is devoted to original literary creations of primarily the final semester students of UG and PG Sem IV students and contains poetry, short stories and memoirs. A sub-section has been devoted to literary exercises conducted in online mentoring classes during the two-year long pandemic and consequent lockdown. The second section ‘Sapienza’ contains research papers presented by the UG students on the Students Seminar organized by the Department of English on 12th March, 2022. Section III is ‘Peripatetic’ that contains field reports written by the PG students about their visit to a photography exhibition called ‘Twin Sisters with Camera’ in Jadunath Bhavan on 22nd March and 25th March 2022. Section IV titled ‘Kaleidoscope’ contains artworks by the students while the concluding section called ‘Camera Lucida’ portrays the aesthetic photography skills of the students. 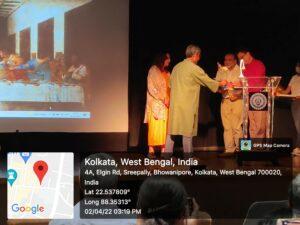 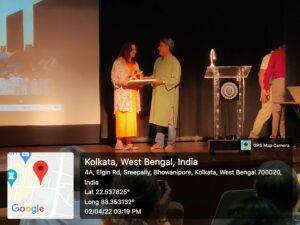 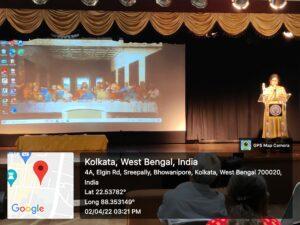 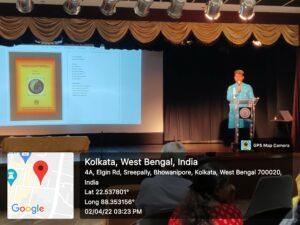 Immediately after the formal release of Thoughtspell, Habib Tanvir’s play Charandas Chor was staged in the second half of the event. Directed by Professor Tathagata Sen, Associate Professor in the Department of English, the play witnessed students from UG final semester and PG section exhibit their artistic genius on stage in the presence of the chief guest, the renowned Bengali actor Mrs Moon Moon Sen, the honourable Teacher-in-charge Dr. Subhabrata Gangopadhyay, the respected Vice Principal of the Arts Section, Prof. Debjani Ganguly and the honourable Dean of Students’ Affairs, Mr. Dilip Shah. At the end of the play, Mrs Sen chose three students who were awarded for their stellar performances. Shrey Santanu from UG Sem VI who played the titular character won the first position, while Sneha Roy and Tanmoy Bhattacharjee from PG Sem IV were the runners-up. 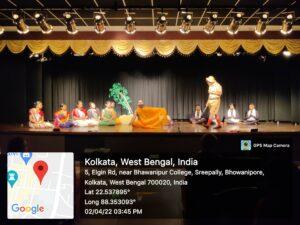 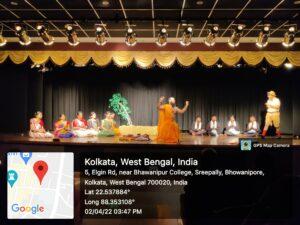 The entire event was a huge success and was duly recorded. Apart from the teachers from other Departments and the present students of the PG section, the audience also included former students of the Department of English who are now engaged as professionals elsewhere or are pursuing their further education from different institutions. 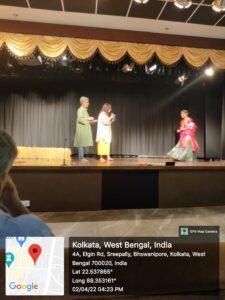 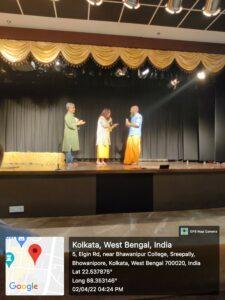