Society hall, November 8th, 2019. The power of the sub-conscious mind is a topic that has been fascinating mankind since the dawn of time. What makes the mind tick, how it functions and more importantly, how to understand its true potential so as to unleash its full power has been and continues to be a major subject of discourse with innumerable books written on it. 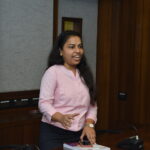 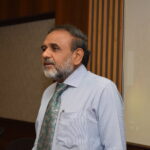 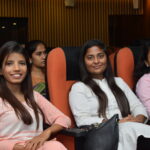 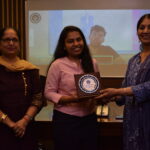 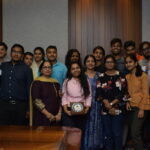 The Bhawanipur Education Society College (BESC), as an institution, is for ever engaged in the quest of expanding the boundaries and naturally, the topic is one that is of immense interest to it. What made the event twice as interesting was the fact that it sought incorporate technology into it as instead of being restricting to the book, it sought to screen a film where recorded videos of the different chapters of the book where shown to the audience even as the panel of experts spoke on them, often shedding invaluable light based on their individual experiences.

“The format is gaining in popularity by the day”, pointed out Prof Dilip Shah, the Dean of Student Affairs of the College, “as most people do not have the time to indulge in the leisure of reading, constrained as they are by the lack of time”. He also talked at length about the latent, often unknown, power of the sub-conscious mind, urging all those who were present to work towards not only realising it, but also to use it for the greater good. Other speakers also talked on the same line adding the need to read books not only for their entertainment value but to delve deep into to genre that is broadly classified as “non-fiction”.

About thirty students took part in the presentation which was very skilfully handled by Prof Sumitra Dudani. The speaker was felicitated by Prof Minakshi Chaturvedi on behalf of the college, the students and the members of the faculty.

(This report has been filed by Medha Pandey along with camera person Kanishq Sharma of the Expressions Collective of the BESC. Kanishq Sharma were the student co-ordinators for the event.)