The English Department of The Bhawanipur Education Society College organized Rethinking Romanticism: Looking through the Oriental Glass, a two-day international seminar on 10th and 11th January, 2020. It was the culmination of a year-long project on Romanticism (IQAC Approved) spanning from 2019 to 2020, organized by the Department of English of The Bhawanipur College in collaboration with Indo-British Scholars’ Association, Kolkata. The seminar was open to students, scholars, researchers and professionals based in Kolkata. The event was attended by eminent scholars and academicians from both India and abroad, and it offered an excellent platform for the exchange of ideas and opinions. 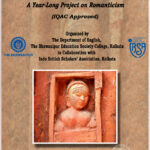 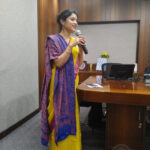 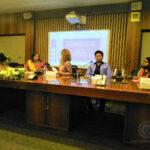 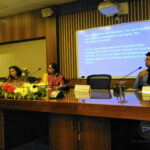 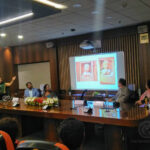 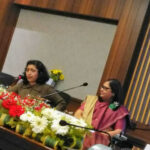 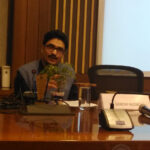 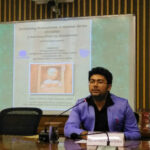 This ambitious year-long project on Romanticism sought to understand the relationship between the ‘local’ and the ‘exotic’ in representations in Romanic literature from the early 18th to the late 19th century. The principal objective of this erudite venture was to examine the counter-gaze of the Orient, especially India, on the various elements of European Romanticism. Rethinking Romanticismhappens to be the brain-child of Dr. Suchandra Chakravarty, Teacher-in-Charge of The Bhawanipur Education Society College and Chairperson of the seminar series. She has been ably assisted by Professor Malabika Sarkar, Vice-Chancellor of Ashoka University and Chief Advisor to the project. Several field trips and a webinar involving the students of the English Department in 2019 acted as prelude to this event.

The first day of Rethinking Romanticism (10thJanuary, 2020) was inaugurated at 10 am in the presence of guest speakers, college faculty members and students. The welcome address was made by Dr. Suchandra Chakravarty. In a remarkable presentation, she spoke of the visual representations of foreigners on the temples and textiles of Bengal. Her talk was followed by a special address by Professor Malabika Sarkar. Consequently, the day’s plenary talk was delivered by Dr. Timothy Fulford, Professor of English, School of Humanities, De Montfort University (DMU), Leicester, UK. He presented an engaging paper titled Arctic Air: Romanticism, Science and Global Cooling, where he spoke of how there was a fruitful exchange of ideas between Early Romantic poets such as Wordsworth and Coleridge, and chemists such as Humphry Davy, each discipline shaping the other in subtle ways. The second floor auditorium of The Bhawanipur College came to be jam-packed with enthusiastic listeners as eminent professors and academicians of the city presented one engaging presentation after another. The paper presentations of the post-lunch session were chaired by Dr. Timothy Fulford and Dr. Sheila T. Cavanagh, Professor of English at the Emory College of Arts and Science. The other speakers of the day included Dr. SumitChakrabarti (Presidency University), Dr. SaswatiHalder(Jadavpur University) and Dr. GargiTalapatra (The Bhawanipur College). The day was ably managed and anchored by the two convenors of the event, Ms. SonalKapur and Ms. Souraja Tagore.

At the beginning of the second day of the seminar (11th January), the plenary talk was delivered by Dr. Julia Carlson, Associate Professor, Department of English, University of Cincinnati. Dr. Carlson’s intriguing paper (Wordsworth and the Lake District: Cartopoetics) explored how the Lake District emerged as a space of patriotic fervour in British eyes through its cartographic depictions interspersed with Romantic poetry; these were as much aesthetic catalogues as travel guides. Distinguished academicians such as Dr. SandipMondal (HOD of English, Calcutta University), Dr. Anasuya Bhar (St. Paul’s Cathedral Mission College) and Dr. NainaDey (MaharajManindra Chandra College) were present on the second day, and they shared their interesting insights on their respective topics with the audience. The penultimate event of the day was the prize-distribution ceremony for the students’ seminar on Rethinking Romanticism which had been organized on the 8th of January, 2020. The presentations had been judged by a panel of veteran professors, namely Dr. Nishi Pulugurtha, Dr. Sraboni Roy and Mr. Debapriya Paul. Finally, the valedictory and the vote-of-thanks were delivered by Ms. SonalKapur. The end of the seminar saw an amenable mood of bonhomie amongst the foreign scholars, the guest speakers and the students and faculty-members of the Department of English. Dr. Anasuya Bhar remarked, “I shall remember it (the seminar) for a long time for the excellent hospitality, gracious students and staff as well as such erudite papers.”

What sets Rethinking Romanticism apart is its honest endeavour at portraying novel attitudes to the much-practiced discipline of Romanticism. Through this venture, the English Department of the Bhawanipur College has succeeded in collapsing both material and intellectual barriers among cultures as they have brought together scholars from diverse backgrounds on one grand platform. This has provided an excellent opportunity to their students to become acquainted with contemporary theories and research being carried out on Romanticism in the Continent. Apart from that, this year-long venture has become a search for the roots of the modern Indian life and culture, which was so strongly influenced and shaped by its contact with European ideologies in the 18th and 19th centuries. Rethinking Romanticism will be remembered as an embodiment of that noble virtue which is indispensable to every educational institute: to throw open new horizons before its scholars.