“Let thy speech be better than silence, or be silent”. With an approach to enkindle the passion among students for public speaking and also to introduce them to the ecstasy of it, the students and faculty of Bhawanipur Education Society College came up with an explicit idea to organize an event namely Public Speaking Workshop. On 24th & 25th July, 2019 ‘The Placement Hall’ was thriving with students mostly from semester 1 to attend the workshop from 3:00 pm onwards and their enthusiasm and energy was something to trumpet for.

The event commenced with an opening speech by Anurag Dhanania who welcomed Professor Dilip Shah, the Dean of Student Affairs of Bhawanipur Education Society College and Mr. Parnab Mukherjee, the chief guest with a loud round of applause. Professor Dilip Shah addressing the students asked them about their conception of Public Speaking and propelled further to encourage the students to first get over “Glossophobia” which is the fear of speaking in public and passed the mike on to Mr. Parnab Mukherjee. 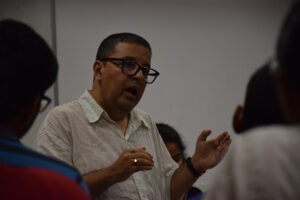 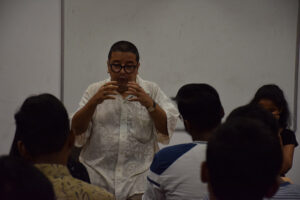 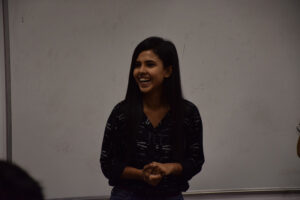 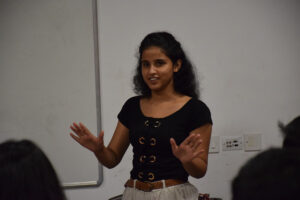 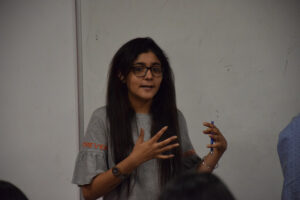 “Public Speaking emerged in Rome & Greece by some great thinkers and philosophers of ancient times who influenced the world to develop the practice of Public Speaking”, quoted Mr. Mukherjee. He believes the minds of the young students are filled with umpteen number of ideas and expressions and this workshop has been organized to channelize those ideas through the medium of public speaking. Students often get confused with what exactly public speaking is which, however, was clarified by Mr. Mukherjee that Public Speaking is consisted of debate, extempore and impromptu speech. On the first day of the workshop he managed to teach the students the basics of debating and extempore and the three-fold objectives of the workshop, namely: to provide young  students with practical experience in the fundamental skills of public speaking, to provide a focus for the learning of language and most importantly to overcome the fear of speaking.

The second day of the event consisted of auditions taken by Mr. Mukherjee himself and the active participation of the students was something to be amazed at. Having spoken about the workshop at length the Guest in Honour rewarded the best speakers by selecting them for the Inter-College contests. The Two-day workshop came to an end by felicitating Mr. Mukherjee and a vote of thanks by Professor Dilip Shah.