PEHCHAAN – Citizenship Literacy, organized by Miss. Divya P. Udeshi and Prof. Harshvardhan Sanghi. The webinar was hosted under Commerce Lab on Google meet. The speakers CA Mohit Agarwal and CA Harshvardhan Sanghi faculty at the commerce morning section of the College conducted the webinar. Students from both commerce and science background equally showed interest in the webinar. The webinar was initiated by Prof. Dilip Shah with warm greetings to all the 50 students, followed by the speakers.

The Unique Identification Authority of India (UIDAI) issues Aadhaar that is a 12-digit unique identification number to all residents of India. Residents get this number by providing their biometric and demographic details at the various government authorized Aadhaar Enrolment Centers. This program was launched by the former prime minister of India, Dr. Manmohan Singh, in 2009. In April 2010, Nandan Nilekani, who was appointed as the Chairman of UIDAI on June 23rd 2009, launched the logo and the brand name “Aadhaar”. Aadhaar is a Hindi word that means ‘base’ or ‘foundation’. Currently, Mr. Pankaj Kumar is the CEO of UIDAI/Aadhaar. 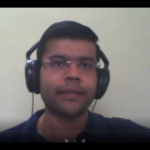 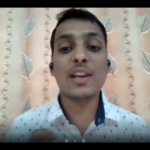 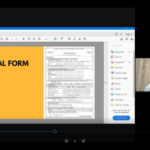 Digitalization of PAN with QR code, significance of QR code, uses of PAN, coding of the 10 digit PAN, recent updates. How IT Department allots PAN number to different categories of Assesses. Citation of transactions above 50,000 that cannot be done without PAN. Expenses where we need to furnish PAN to curb black money circulation, requirement of PAN by a minor. How to apply for a PAN online and offline. Consequences of having more than one PAN number; were discussed at length.

The webinar also briefed us about other identification documents that we require right from Birth till Death like birth certificate, Voter card, passport, ration card etc. Which was followed by open house question & answers session. In all it was a very informative session, highlighting documents that are an individual’s crucial identity proof. They authenticate the very existence of a person.