“They fought until the end. Not budged an inch. They were self– less. They were undaunted. They were soldiers of the Indian Armed Forces.” The Kargil War, one of the most catastrophic wars fought between India and Pakistan, culminated to an end on 26th July 1999- which marks the victory of the Indian Armed Forces over their own territory. This was only possible because of the brave sons of this motherland, such as Captain Saurabh Kalia, Captain Vikram Batra, Captain Manoj Kr. Pandey amidst thousands of other valiant Braveheart’s who did not fear death. This day marks as a day of remembrance of these legends living in the hearts of every Indian. 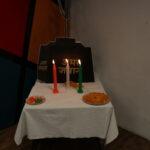 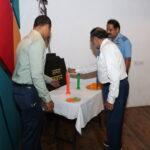 On 31st July 2022, The Bhawanipur Education Society College organised an event to remember the Kargil Vijay Diwas and pay tribute to the war heroes of the Kargil War, 1999 as well. The college had Group Captain Vishnu Sharma, CO, No. 1 Air Squadron NCC as their special guest. He is one of those who had fought valiantly in the Kargil War. The event started off by mourning for those who had lost their lives in the war while fighting for their motherland. The event became even more gripping with the officer sharing his memories of the warfront, and everyone was charged up with a sense of patriotism within them.

The NCC cadets of the college under No. 1 Air Squadron NCC & 31 Bengal Battalion NCC staged a soulful tribute to the heroes. There were soulful poems, group songs, and dance performances to light up the stage. There was also a detailed presentation of the operations by the Indian Armed Forces during the 1999 war, which briefed the viewers namely about:
Operation Vijay (Indian Army),
Operation Safed Sagar (Indian Air Force), and
Operation Talwar (Indian Navy) 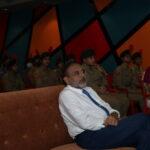 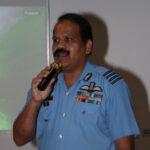 Special thanks to the Dean of the college Prof. Dilip Shah for the event and for his valuable presence as well. The event couldn’t be such a success without him. He motivated the defence aspirants present in the event as well. Also, thanks to the special guest Group Captain Vishnu Sharma for his presence amidst us. The event concluded with a defence-oriented quiz competition followed by the prize distribution by the CO.

As it is said, “One mother raises a soldier, and the other lets him rest.” The soldiers sacrificed their lives for the sake of their motherland, and that’s what every Indian soldier craves for- to die a death of honour and come back wrapped in the Tricolour. Jai Hind!