The Nation is celebrating 20th anniversary of the victory in the Kargil War. Two decades ago, on 26th July, Indian Armed Forces secured one of the most dramatic and hard fought victories in history. In sweet remembrance of the extreme valour, exemplary courage and ever-readiness for martyrdom of Indian soldiers Bhawanipur Education Society College organised an event named ‘Kargil Diwas’ on 26th July to celebrate its 20th anniversary like previous years.

To relive the glory of the magnum opus victory and untiring service of the Indian soldiers, Professor Dilip Shah, the Dean of Student Affairs of Bhawanipur Education Society College in the presence of Divyesh Shah, Coordinator of BESC Commerce section & Professor Minakshi Chaturvedi embraced the occasion with his opening speech and homage to the deceased soldiers who laid down their lives to protect us. ‘The Society Hall’ was packed with a crowd of 120 mostly N.C.C cadet from 10:30 am onwards to pay a tribute to the august victory of Kargil. 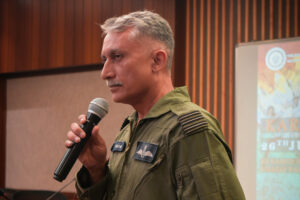 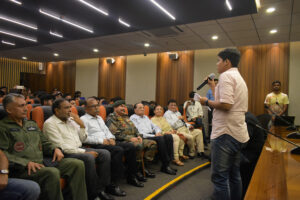 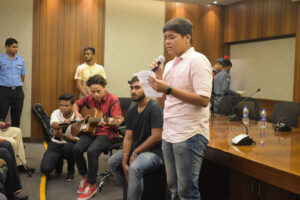 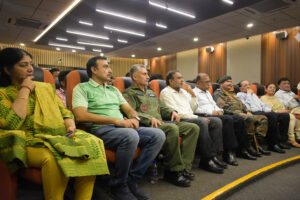 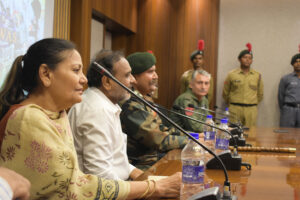 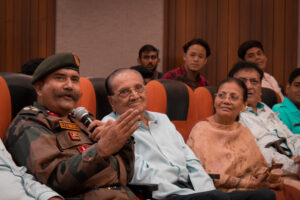 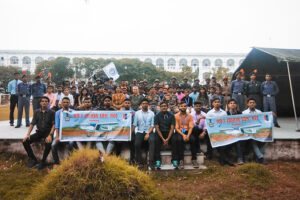 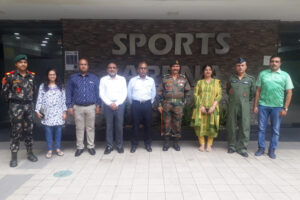 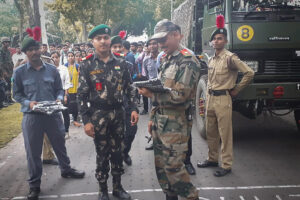 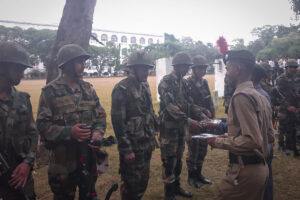 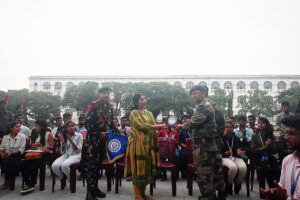 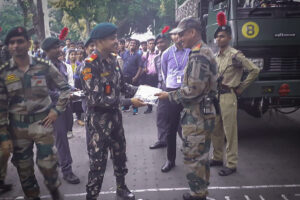 The central theme of this year’s celebration is ‘Remember, Rejoice and Renew’. Having paid homage to the martyrs, Professor Dilip Shah introduced Brigadier Sisodiya, Deputy Director General for NCC Directorate West Bengal and Sikkim who has had a remarkable career in the Armed Forces spanning over 35 years, R.K Sharma Wing Commander, S.M Mukhopadhyay, Air Commander(Retired). Professor Dilip Shah passed the mike on to Brigadier Sisodiya to interact with to the audience and the faculty about the importance of the solemn occasion.

While remembering the heroes, Brigadier Sisodiya said that the life of a soldier means selfless service to the Nation. They symbolise a wall behind the curtains; ever-ready to lay down their life to keep up the glory and honour of the country. Addressing the enthusiastic NCC cadet he asked for their willing participation in the Armed Forces and to ignite love and self pride for the country.

As part of the celebration students, teachers and the Chief Guests gathered at the Fort William East Gate and a drill exercise was displayed by the NCC Cadets. There were some other activities like paying homage to the martyrs, carried out by Professor Minakshi Chaturvedi. The Chief Guests spoke at length on and about Kargil which is a symbol of India’s determination to fight terror, intrusion and mischief. “With awe and veneration, on 26th July as a grateful nation we pay homage to all those who served India during Operation Vijay. Our brave soldiers ensured the safety of innumerable innocent Indians and we salute the efforts and everlasting gallantry of our Armed Forces whose ultimate sacrifice will always be recorded in our heart as a debt”.

Earlier, the Guests were felicitated by the Honourable President, Shri Champakbhai Doshi and the Jawans were also given a token of appreciation.