November 15th – 17th, 2019. Army Institute of Management Campus. The Army Institute of Management, Kolkata (Formerly, National Institute of Management Calcutta) was established in 1997 by the Army Welfare Education Society (AWES), New Delhi, to conduct state-of-art Management Programme for the wards of Army personnel (80%) with an opportunity for the general candidates (20%) as well. The eco-friendly campus is located at Alipore, in the heart of the ‘City of Joy’ and has curved out for itself an enviable reputation not only for the academic excellence achieved by its students but also for fostering an inclusive environment where the students pursue and attain hights in a number of fields beyond those prescribed in the syllabi. 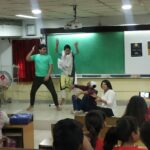 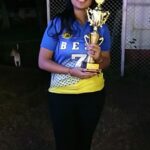 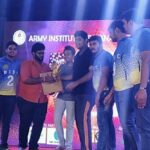 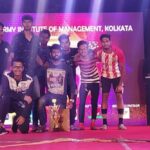 Inferno, the fest of the AIM is everything that the great institution stands for, the values it espouses. For one, the sheer discipline in the campus is military (no pun intended) and everything runs in an orderly fashion with clockwork precision. The most important aspects that needs mention about the AIM which naturally extends to its fest, is the all-encompassing search for excellence, the never say die attitude of the average students and the indomitable desire to win against all odds.

The students of the Bhawanipur Education Society College (BESC) respects the AIM for its attitude, its habit of claiming victory as its own, for the simple reason that it is the same feelings that the BESC espouses. Naturally, the AIM fest is a big-ticket event for the BESC, where the hosts are ever willing to throw their everything for the top slot and because to BESC, being second best is not good enough, ever.

The Inferno is one of the bigger fests in the college circuit, not only because of the participation it draws from the local colleges and also because of the sheer number of events that are organised. The participating teams too have to match up to the AIM contingent the numbers if one has to make a serious attempt for the top slot. The BESC sent in ninety-four student participants – sixty-four for the sporting events and thirty for the cultural competitions.

After two days of intense competition in which not a single inch was given away, the dust settled, with the Bhawanipur Education Society College proudly (and firmly) on the podium as winners.

In the sporting events, BESC had thrashed the competition to win gold in basketball, football, table tennis and tug of war, no mean achievement in a campus where physical fitness is the norm as opposed to being the exception.

In the cultural events section, BESC made an even better impression with SarveshMundhra winning the Clash of thoughts. Priti Jain and Suyash Agarwal sailed through Business Buzz. Ayush Pandey and his team were the undisputed winners of Ad Mad Show; while Ayush Agarwal won the silver in Step Up Solo.

BESC was also the champion in NukkadNatak. Shristhi Dasgupta won the second position in Nightangle’s Chord, while Ayush Pandey won the event Two Minutes to Fame.

The triumphant return of the team was celebrated by Prof Dilip Shah, other members of the faculty and students of the BESC.

(This report has been filed by SonalBaid along with camera person Ishani Mitra of the Expressions Collective of the BESC. SonalBaid and Khushboo Kedia were the student co-ordinators for the event.)