Vox Populi conducted its induction on Zoom platform for about 60 students. The inauguration was done by Prof. Dilip Shah. Then continued by Sarvesh Mundhra and Aryan Ahmed, the student representatives.

Students spoke about the purpose of the collective, which essentially translates to the voice of the people and then continued to describe the various activities that the collective organises over the year.

Sarvesh Mundhra explained about the different formats and styles of debating, stand-up comedy, and anchoring. Aryan Ahmed highlighted the events and responsibilities of an anchor and how group discussions take place.

This was followed by the highlight of the induction – a discussion on communiqué, a fest organised by the collective.

Following that Prof. Dilip Shah told a little more about communiqué and how to organise it in the new normal.

And in the end, the forthcoming events by the collectives like, workshops on public speaking and several inter and intra college events over the academic year and to start their work towards making communiqué a success, were discussed. 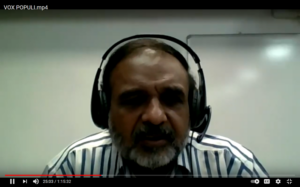 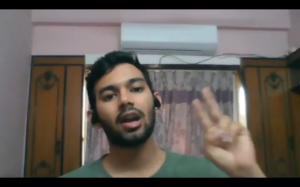 The BEST Induction took in Zoom meetings for around 200 students.

Bhawanipur Entrepreneurship and Startup Training, BEST is the e-cell of our college. BEST in collaboration with TIE and CII YUVA nurtures and trains the budding entrepreneurs and students with entrepreneurial mindset to execute their plans into action. The freshers were introduced to the team of BEST, the business events like NEXUS, Carnival and Factory visits organised by the collective, the mentorship sessions by CII, the seminars, and webinars on diverse topics.

The session was followed by the Dean of Student Affairs, Prof Dilip Shah explaining the importance of entrepreneurship and start-up – environments that foster progressive ideas and innovation and equip students with the practical knowledge and skills they need.\ 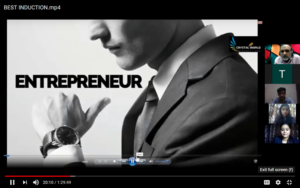 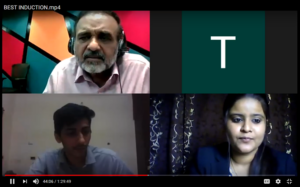 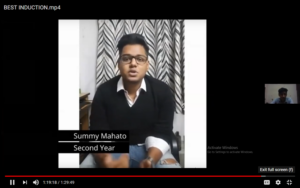 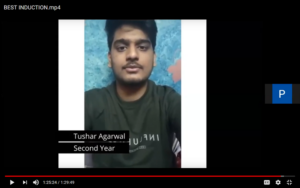 “Music is the universal language of mankind.”

With this feeling around 180 Semester-I students attended the Crescendo Induction.

The event commenced with a formal speech by the Dean of Student Affairs, Prof. Dilip Shah. With his beautiful words, he not only captivated the entire crowd but also exclaimed Crescendo as one of his personal favourite collectives of the college. Thereafter, the teacher coordinator & trainer, Mr. Saurav Goswami along with a final year B. Com student and an active member of the collective, Anjali Dubey engaged with the students and carried the induction ahead. The atmosphere at the induction was energetic and lively when the juniors and the seniors interacted.

Abhirup Ghosh and Abhinav Asopa, students from the 2nd year and 3rd year of the B. Com department respectively, greeted the newcomers with their amazing medleys, and were later accompanied by a few freshers also. Sinchan Dasgupta, Md Farhan Ansari and Samprita Dhar were amongst those from the 1st year who got cheered from the crowd with some amazing classics like Laal Ishq and Lag Jaa Gale.

The event concluded with some more interactive engagements and a final performance by Anjali Dubey, Shinjini Bhaduri and Arindam Mukherjee. 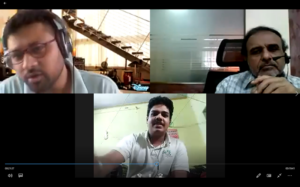 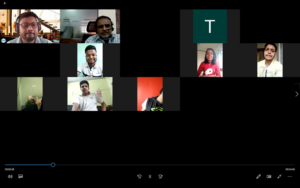 The NSS Induction took place on Zoom Meetings. With Prof. Dilip Shah and teacher coordinator Prof. Gargi G. Niyogi briefing the students on the essence of this collective. Around 50 Semester-I students attended the induction session. The NSS representatives, Rohit Walia and Vedika Luhariwala welcomed the students to the collective.

The importance and spirit of the NSS collective and its purpose along with the various events undertaken by the collective including the Pratidhawani project and the ration and Covid essential distribution projects were touched upon by the coordinators, also pictures were shared of the events.

The session was followed by a Q&A round in which the students participated actively and were very enthusiastic to undertake the upcoming projects. 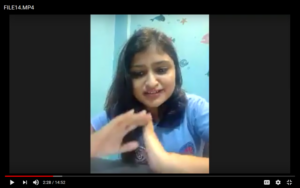 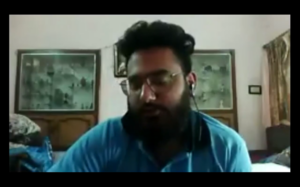 The objective of NCC induction was to make the new students know about the working of NCC and to encourage them. The induction helped students to know about NCC camps, parade, and the work that seniors had done for NCC.

Followed up by some doubt clearing session. The key focus being fitness, discipline, and a spirit of fraternity. 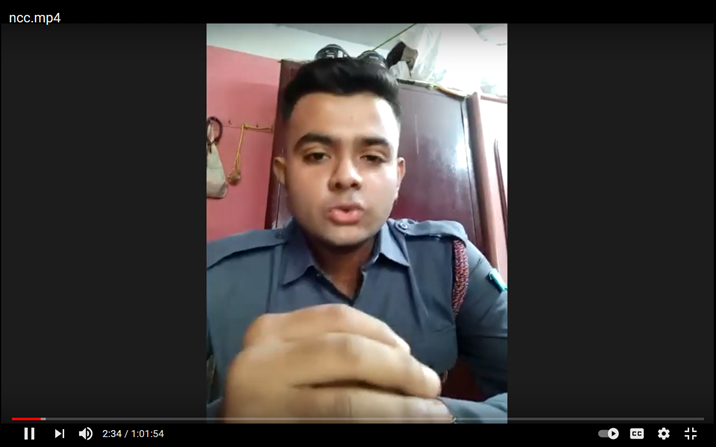 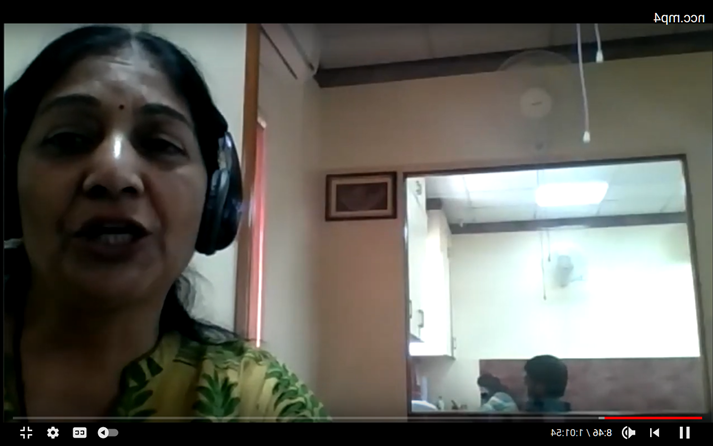 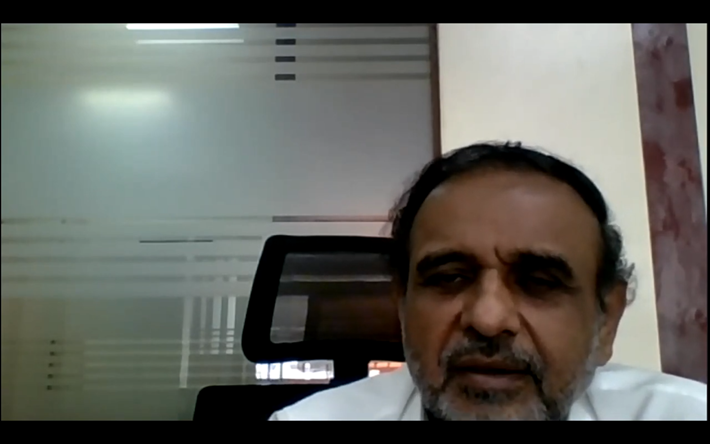 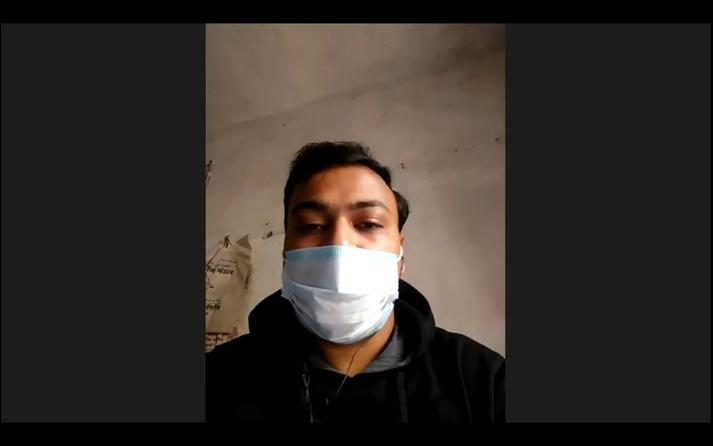 On Zoom meetings a very energetic introductory session on photography, graphic designing, videography and reporting was held for about 80 students gathered having one similar interest – Photography and designing. Nikita Mittal and Souvik Das student representatives of the Expression collective conducted the meet.

The Dean of Student Affairs, Prof. Dilip Shah introduced the collective and explained its significance and he also introduced Prof. Divya P. Udeshi and Prof. Champa Srivastava who then took over and explained to students the importance and the process of designing and reporting.

The session was followed by the student representatives of the collective who explained how the collective works and the processes involved, Seniors batch of the collectives spoke about their journey and their experience in Expression and, all of them interacted and shared their thoughts. One of the Seniors narrated a lovely poem on the “Expression Collective”. At the end, the webinar concluded with an invaluable memory which was a slogan – “BE AN EXPRESSIONIST”.

The meeting was effective and participative, and the students decided to have such meetings on a regular basis. 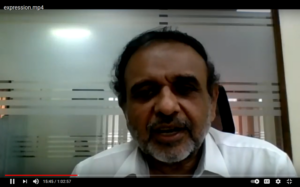 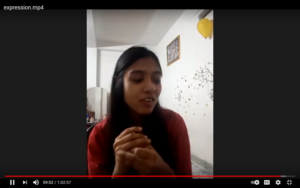 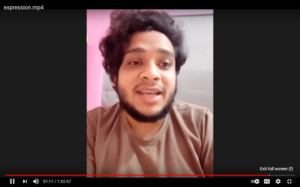 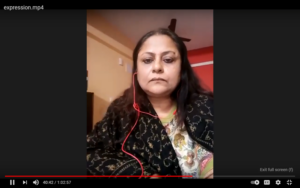 ‘Phenomenon Induction’ was organised for the first-semester students of The Bhawanipur Educational Society College from 12:30 pm to 1:30 pm on Zoom. Prof. Dilip Shah, along with the newly admitted students were invited.

The induction began with the host giving a brief about the collective activities and engaged with the audience about their knowledge of mysterious science fiction movies and their interest in them. The audience were introduced to the concept of codenames. Which defines the extraordinary move of it in a unique manner signifying a person should be known by the work, not names, thus every member has its name based on mythology keeping the real one’s secret.

A brief introduction was made by the ex-members, a few rounds of quiz were held along with some scientific and fascinating jokes were told which enticed the audience to join “Phenomenon”. Apart from that, the principles of the collective were explained.

A member of the collective described the activities and events that were conducted like events on paranormal discussion, Movie nights, posting factual information on social media, and also regarding the upcoming event “Genesis”.

A broad speech was delivered by Prof. Dilip Shah which motivated and inspired the students. Suggestions, Innovative ideas were presented by him, and provided encouragement to do more future events. The meeting was concluded with a brief history of how it was made and how anyone can be a part of. It ended by playing a teaser of “Phenomenon’’. 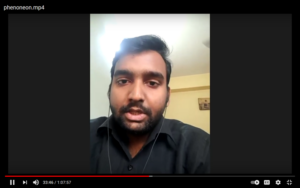 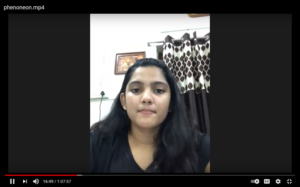 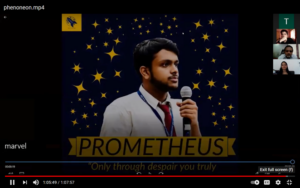 “Economics is everywhere, and understanding economics can help you make better decisions and lead a happier life” – Tyler Cowen

On Sunday, December 20, 2020 at 12 noon, 120 students who realised and understood the above statement joined the Induction of Eco for BE-ites in order to get introduced to the fascinating world of economics, finance and data analytics. The online induction was held via zoom meetings. The Induction process began with collective representative Kashish Burman welcoming all the first years and congratulating them on making the choice of joining the EcoFor BE-ites collective. The whole induction session was divided into three segments; firstly, the interactive session between Prof. Dilip Shah and all the students took place, the second segment was introduction of the collective via presentation and sub-division of the collective and information about upcoming events and the last segment consisted of Q&A round where various queries of the joining members were resolved.

Soon after the welcome and congratulatory note, the floor was taken by Prof. Dilip Shah for an interactive session. He briefly mentioned that the collective is an intellectual one and differentiated it from the rest and stated his expectations from the collective. Following this, the next segment included the introduction to the past events (namely Online Essay Writing Competition 2020 on COVID-19 and its effects on the global economy and Are the banks bankable?  held in March 2020, Webinar on Behavioural Economics and Nudge Theory in association with MDAE Mumbai on 13th April 2020, Webinar and discussion with Prof. Abhijit Vinayak Banerjee on 22nd May 2020, Workshop on Data Analytics Through R on 6th October 2020 and Workshop on Big Data analytics on 10th October 2020) organised by the collective and a brief about each event was voiced by the collective representative. Once all were briefed about past events, they were introduced to the structure of the collective. EcoFor BE-ites is divided into three fields- Economics, Finance and Data Analytics and each field consisted of 4 sectors namely – Research, Podcasts, Workshops and Competitions.

The motive behind each sector was briefly explained. The research sector of each field will compromise those who are interested in working towards creation of blogs and research papers. Similarly, the podcast sector will consist of those who are interested in conducting and creating podcasts based on various topics, the workshops and competition section includes the same activities that will be organised by the collective for itself and others. Next the students were introduced to the upcoming plan of events that will be organised for their benefit.

Following the introduction and brief about the collective, how it will work and what the students will gain, the induction process entered its final segment that was the Q&A round. The first years were highly inquisitive about the collective and had various questions ranging from the pre-requirements (if any) to the dates of workshops and competitions and timings.
Overall, the whole induction session as stated before, was highly interactive, with the new joining members being keen on knowing more about it. 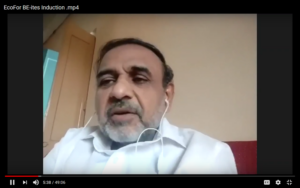 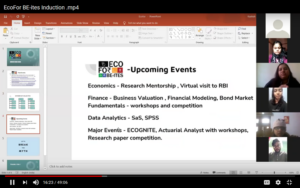 A very lively, educative and an interactive induction session was held for about 90 semester-I students gathered online and they all had one common interest – Capital Markets. Suyash Agarwal and Divya Agarwal representatives of the Bull’s Eye collective and the initiative to get the meeting going. The main speaker of that afternoon was Mr Chetan Panchamiya.

Mr panchamiya is a very dynamic and a well-informed Investor / Trader and is also the faculty for the course Dynamic of Capital Markets. Prof. Dilip Shah introduced the collective and its importance and he also introduced Mr Chetan Panchamiya who took over to explain to the students the nuances of capital market. A good number of questions were asked by the students and by the speakers. The queries included-

The webinar was effective and participative, and the students decided to have such meeting on a regular basis. 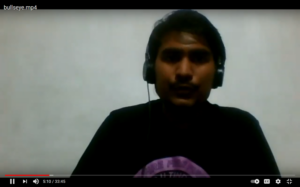 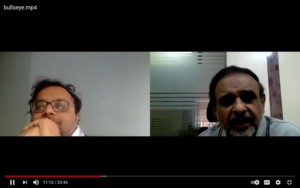 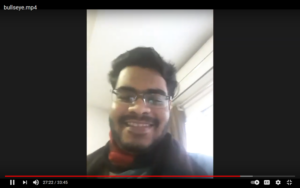 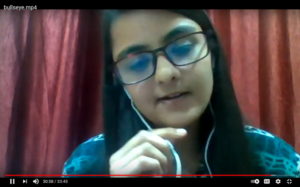