June 7th, 2019. The Bhawanipur Education Society College (BESC) is known for the sheer vibrancy of its campus with the members of the faculty and students exchanging views on a wide variety of topics, freely. As a matter of fact, such is the level of open discourse that it not only acts as a catharsis to the student community, otherwise bogged down by adolescence and all its attendant travails, but is often seen as an example of perfect relations by sociologists and others closely related to youth affairs. 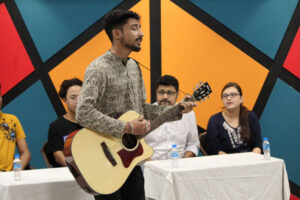 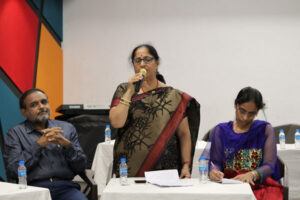 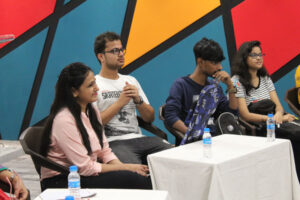 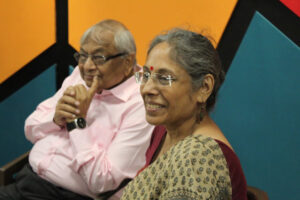 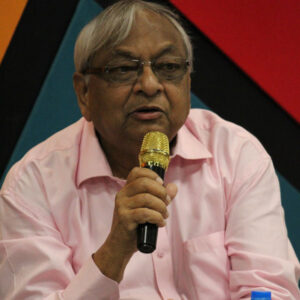 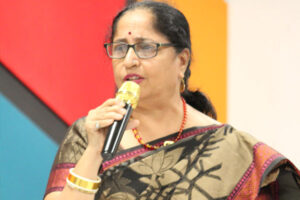 Thus, it was no big surprise when Taaza Television wanted to cover a talk show that the BESC was hosting, that too live. Parents were also invited to join the students and the members of the faculty as the conversation, it was decided, would be on the change in perspective of the generations.

The questions flew thick and fast. The topics that were discussed, animatedly, if one mad add, included those concerning prevalent social norms, career options and interpersonal relationships, among others.

Is there are right age for getting married? Does society consider sports to be a good career option? Is live-in better than the institution of marriage in these days of instant gratification? How much, if at all, should we bother about society?

The students had a field day asking questions and the members of the panel rose to the occasion to answer all their queries, often throwing the topic back to the audience for further discussions. The sheer vibrancy of the event and the way the audience participated, not to mention the relevance of the topics was to the delight of the television crew who knew that they had a winner of a programme in hand, even before going through the rushes and subjecting the same to final editing.

As Prof Dilip Sha summarized after the show, it was a success, not because points were scored on either side, but because both sides of the generation gap heard, learnt and (he hoped) empathised with the other side’s view. For, as he again pointed out in his sagacity, it is not about brownie points, but about the other-side, about reaching out, about celebrating dissent.

Panellists and audience alike were then treated to a special production by Crescendo – the College Music Collective. The production was done keeping in view the World Environment Day which had just been celebrated and gave a strong message about sustainability and the need to go green.

(This report has been filed by Bansari Hindocha  of the Expressions collective of the BESC.)