The Department of Computer Science organized ‘A One Day Heritage Exploring Field Trip Around Kolkata: The City of Joy’ for the students of semester VI on 10th March, 2022. The main objective of the trip was to collect footage for a montage that depicts the true essence of Kolkata-The City of Joy. All the students were very excited for this trip not only because this was going to be their first trip after lockdown, but also because this field trip would be a great way to showcase their talent and creativity in photography and videography.

The first destinations on the itinerary were the Writer’s building and the General Post Office. These imposing heritage structures were a perfect start to the trip as the students managed to get some fantastic shots of the classical heritage of Kolkata. The next destination was College Street, where we visited numerous book stalls and covered the College square and the Indian Coffee house which are known for the lively student scene around the University of Calcutta. A montage about Kolkata is incomplete without Tagore; and so, we headed to the Jorasanko Thakurbari; the ancestral home of the Tagore family. Although photography was not permitted inside the premises, some group pictures were taken in the beautiful courtyard. 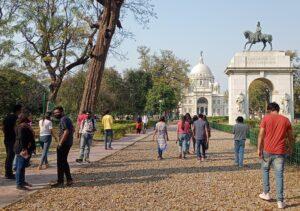 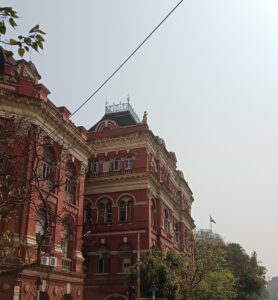 We then proceeded to walk around Kumartuli – a traditional potters’ colony in northern Kolkata (kumor meaning potter and tuli refers to easily walkable localities within a quarter or half a mile). We spent around 30 minutes there walking down the narrow alleys where we could see the craftsmen’s working studios, the collections of idols left to dry along the lanes, which give the colony a distinct visual character and identity. We could also smell the wet mud and see how the potters treat this colony as their place of living as well as workspace. Delicious lunch was provided by the department. We drove across the majestic Howrah bridge and drove back via the Second Hoogly bridge finally reaching the Victoria Memorial. The white marbles provided some iconic scenery to capture. The students then strolled around the Maidan, clicked some panoramic shots of the Birla Planetarium. We then proceeded to the St. Paul’s Cathedral. Photography was barred inside the premises, so the students; after taking some shots of the outer facades; headed over to Nandan; the government-sponsored film and cultural centre where we tried to capture the raging cinematic and art scene. 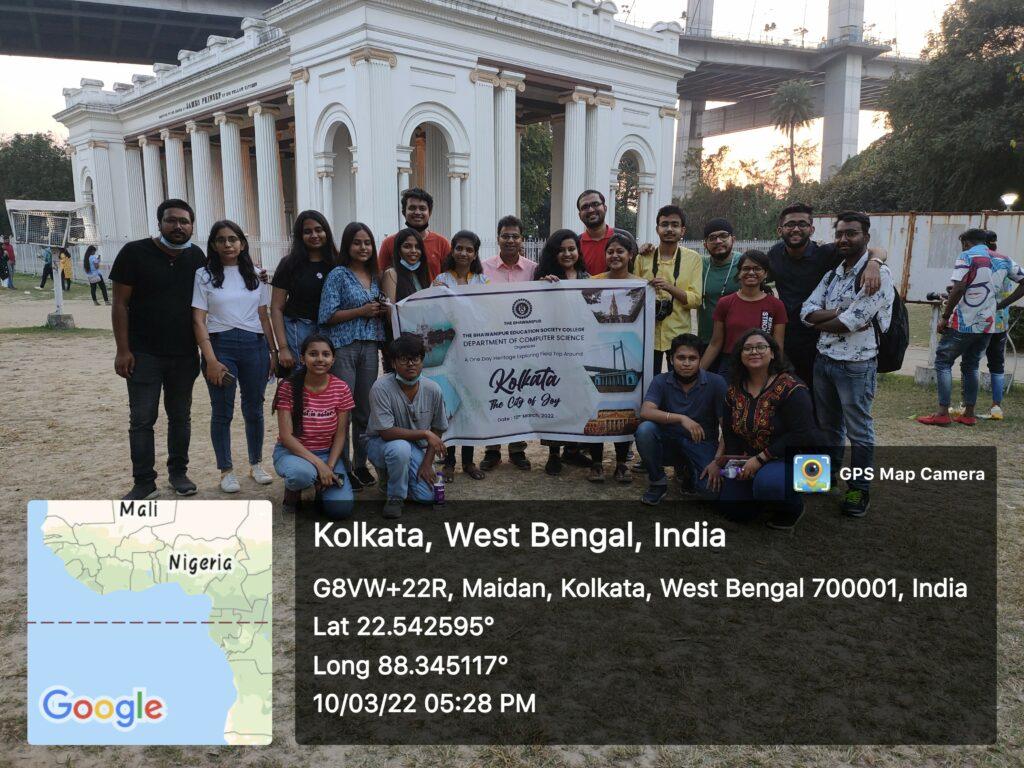 This brought us finally to the last destination on the itinerary – the Princep Ghat. The cool breeze provided respite from a long, sunny day and some breath-taking shots of the sunset and artistic group pictures by the Ganges. It was a very informative, eventful day and an overall a great learning experience for all of us. Some images from the memorable day are attached.