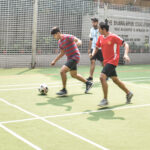 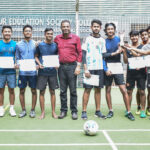 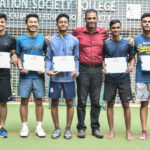 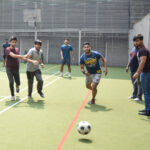 The first knock out round witnessed team 2, 4 and 6 being knocked and team 1, 3 and 5 qualifying to the semi-finals. The finalists Team 5 and 1 were received amidst an enthusiastic audience. The finals saw a gruelling match between the opponents, with both sides leaving no opportunity to score. The arduous match concluded with the victory of Team 1. The winners were cheered on by the spectators while the runners up were commended for their vigour. The teams were handed over certificates by the teacher coordinator. The tournament turned out to be a huge success.