On the final day, Umang saw some thrilling battle between nine DJs as they took the stage in the event-‘War of DJs’. The event was judged by the famous DJs Anik, Manish, and Dhruv. The participants took a toll on the audience as they put up some excellent mix of songs, jamming them up with their own beats and music.

The participants were allotted a time limit of 6+1 minutes, and within this they had to attract the audience. However, there was one disappointment as the DJs did not interact with the audience. There were four participants from Bhawanipur, two from Xavier’s, one from each IC21, IC20 and IC02. In the end the three judges came out with a flamboyant together.

It was wonderful to watch the DJs add some more excitement to the final day of Umang. 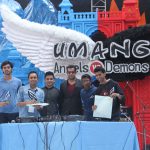 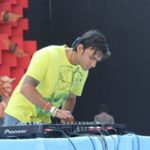 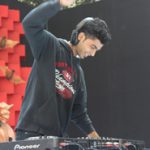