The Indian soil is gifted with singers who have had attained legendary fame in their milieu and afield. We wish to hear them forever. The solemn and untimely death of many musical artists has left us sobered. But we reconcile to the quote, “Man is mortal, his contributions make him immortal.” The name and fame of Kishore Kumar is highly acknowledged across generations. Our minds get evoked about his myriad song covers whenever we cognize his popularity which was and still is in vogue. Bhupinder Singh who was one of the most accomplished guitarists and a contemporary of Kishore Kumar left for heavenly abode, recently. The Crescendo Collective of The Bhawanipur Education Society College, unfailingly, paid a humble tribute to both the musicians, instilling in us an intimate sense of pride and reverence.

The event was held on 5th August, 2022, Friday at the Concept Hall, from 4.30 pm onwards. It was keenly organised by Devang Nagar. The comperes for the tribute were Tushita Chhugani and Srishti Sanganeria. The show was dignified by the presence of Prof. Dilip Shah, The Dean of Student Affairs, Sourav Goswami, music mentor in our college and Nitin Chaturvedi, professor in the Commerce Depeartment, BESC. 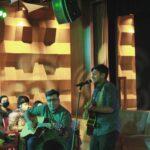 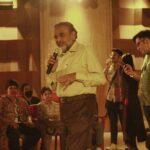 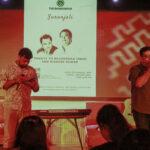 Kaushtav Kayal performed multiple songs and his voice is naturally emulative of Kishore Kumar’s, making the audience nostalgic of the romance of the eighties. Shubhalaxmi Majumdar did a hearty solo piece on Naam Gum Jayega and then had a duet with Kaushtav. Sanskar Keshari enlivened the audience with his soulful rendition on the remix of hit songs of Kishore Kumar. Srishti Chanda’s melodious voice and her deliverance of a bengali song besides hindi songs, enthralled the audience. Other performers namely Aryan Nasim, Aryan Jain, Rishabh Sarkar, Bhaskar and Priyanshu Dutta honoured the masters by carrying the programme forward. 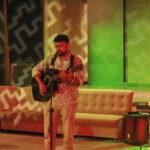 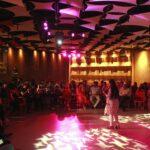 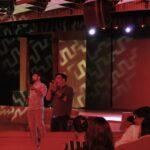 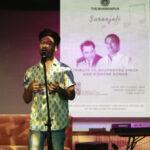 Dean sir emphasized on the importance of such events to cherish what is ours. Towards the end, the teachers sang their heart out in their remembrance. They rendered a true meaning to the tribute as they have grown up listening to these songs and justified their regard. This programme came to an end, but it ensured that such personalities could never be forgotten by us.