The outlook for the Indian economy has been drastically altered by the coronavirus outbreak and hangs over the future like a spectre. Around 75 students, scholars and faculty attended the webinar ‘𝐒𝐩𝐞𝐜𝐭𝐫𝐞 𝐨𝐟 𝐏𝐚𝐧𝐝𝐞𝐦𝐢𝐜–𝐒𝐮𝐫𝐯𝐢𝐯𝐚𝐥 𝐨𝐟 𝐈𝐧𝐝𝐢𝐚𝐧 𝐄𝐜𝐨𝐧𝐨𝐦𝐲‘ organised by The Department of Commerce (Morning) and IQAC on 7th July, 2021 at 4:00 pm.

The session was conducted by Dr. Dipparna Jana requesting Prof. Dilip Shah to give the welcome speech. It was followed by a formal introduction to the speaker of the session by Ipsita Chatterjee. Prof Sudakshina Gupta our guest speaker for the session, joined the University of Calcutta in the department of Economics as an Associate Professor in the year 2008. Presently a Professor in Economics, (since 2010) she also served as the Head, department of Economics between 2016 and 2018. 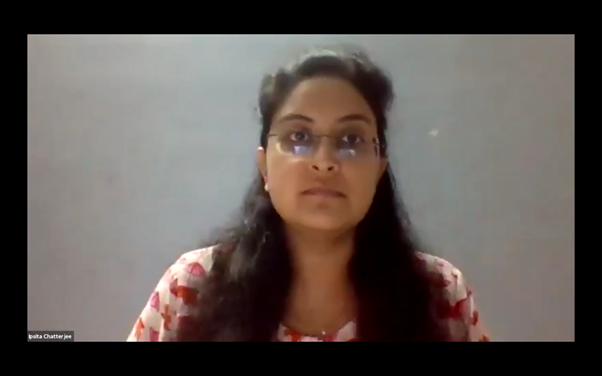 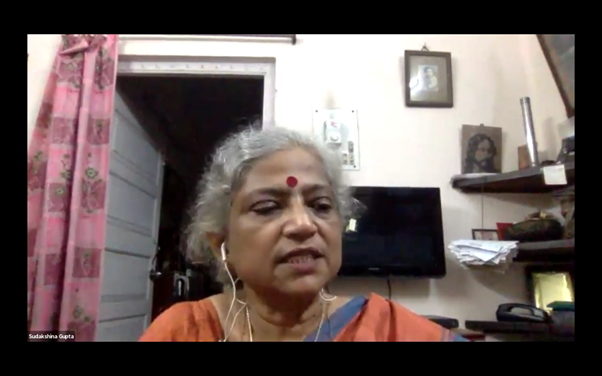 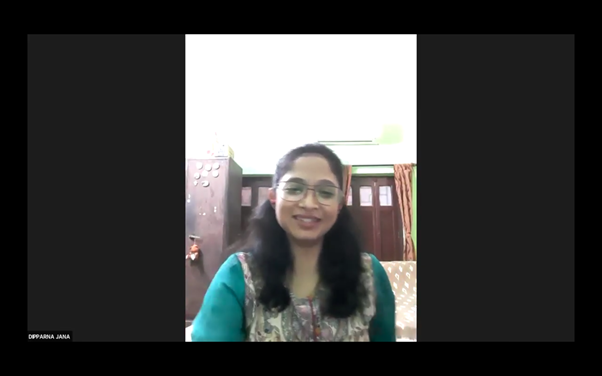 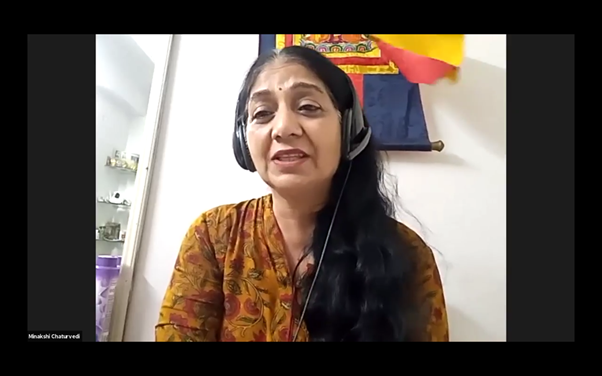 All the students showed interest and curiosity for the topic as it was about the impact of the pandemic on the Indian Economy. They were interested mainly about the recovery and how soon enough a sense of normalcy could be regained. They also wanted to know about how the inequality of wealth has increased due to the pandemic.

To quote a few excerpts from the speaker’s note:

The Indian Economy suffered badly from the COVID-19 phenomenon. The initial setback was from the nationwide lockdown originated from the pandemic situation. Apart from the production being almost stopped, the Governments, both at the central and the state levels, had to take the responsibility of doles. The economy started to recover a bit when the 2nd wave struck. In the meantime, vaccination process started. This was a burden on the Government which has been shifted to the general public through cess and taxes on petrol and diesel products, leading to an all-round inflation in the economy. The private sector, however, is also in the fray.

By the end of March 2020, the pandemic was everywhere, resulting in the closure of most of the educational institutes in India leading to job losses. Over 1.5 million schools across India closed down due to the pandemic.

Industry, service sector, trade, debt, GDP, education were the various sectors discussed by the speaker in depth with as much data was available from the beginning of the pandemic. She also gave us insight into the recovery path from the pandemic. The speaker ended with a discussion on the current vaccination drive. A question answer session was conducted by Dr. Dipparna. The session ended on a positive note with vote of thanks given by Prof. Minakshi Chaturvedi, Coordinator of the B.Com (Morning) Department.

Posted in Bhawanipur Bytes, Workshops & Seminar.
Share
PreviousAn Expression of the Inner Self 2021
NextChhapte Chhapte coverage of the webinar, ‘LEARN HOW TO CRACK ONLINE INTERVIEWS’ held on 16th June, 2021 by Prof. Urvi Shukla.