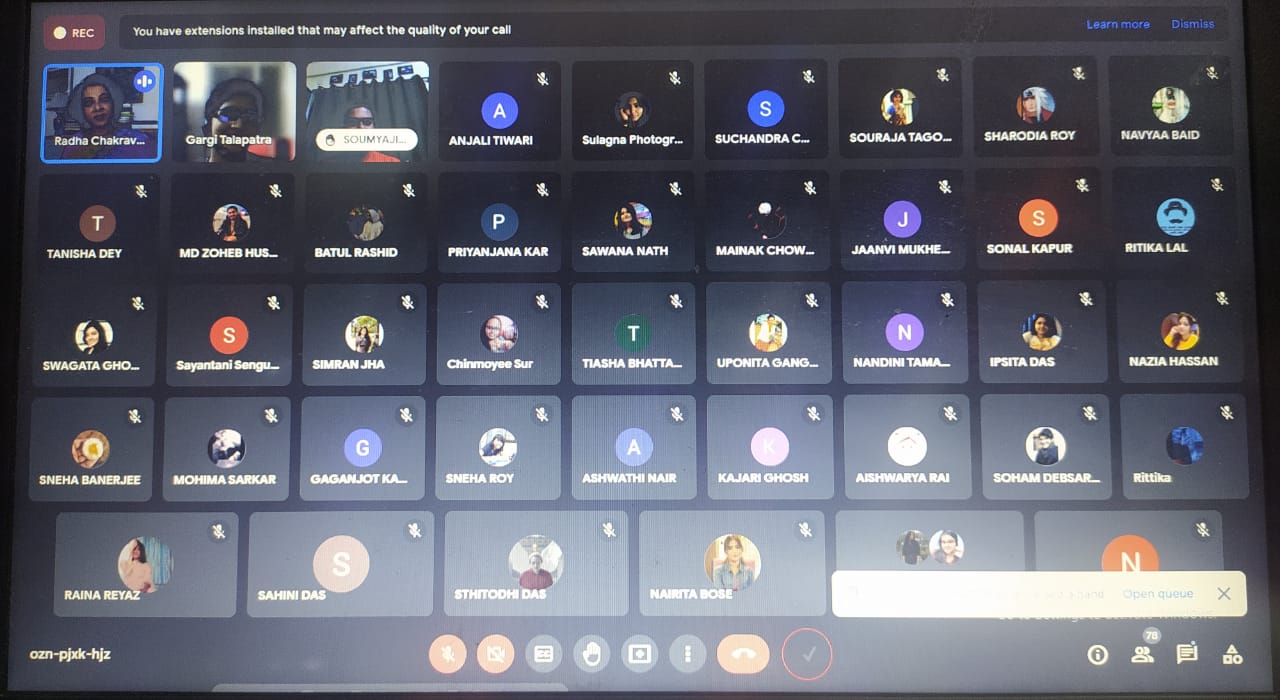 Professor Chakravarty teaches Comparative Literature & Translation Studies at Ambedkar University, Delhi. A renowned writer, critic and translator, she has co-edited The Essential Tagore (Harvard and Visva Bharati), nominated Book of the Year 2011 by Martha Nussbaum, and edited Shades of Difference: Selected Writings of Rabindranath Tagore (Social Science Press, 2015). She is the author of Feminism and Contemporary Women Writers (Routledge, 2008) and Novelist Tagore: Gender and Modernity in Selected Texts (Routledge, 2013). Her translations of Tagore include Gora, Chokher Bali, Boyhood Days, Farewell Song: Shesher Kabita and The Land of Cards: Stories, Poems and Plays for Children. Her other works in translation include Bankimchandra Chatterjee’s Kapalkundala, In the Name of the Mother by Mahasweta Devi (nominated for the Crossword Translation Award, 2004), Vermillion Clouds: Stories by Bengali Women, and Crossings: Stories from Bangladesh and India. She has edited Bodymaps: Stories by South Asian Women and co-edited Writing Feminism: South Asian Voices and Writing Freedom: South Asian Voices. 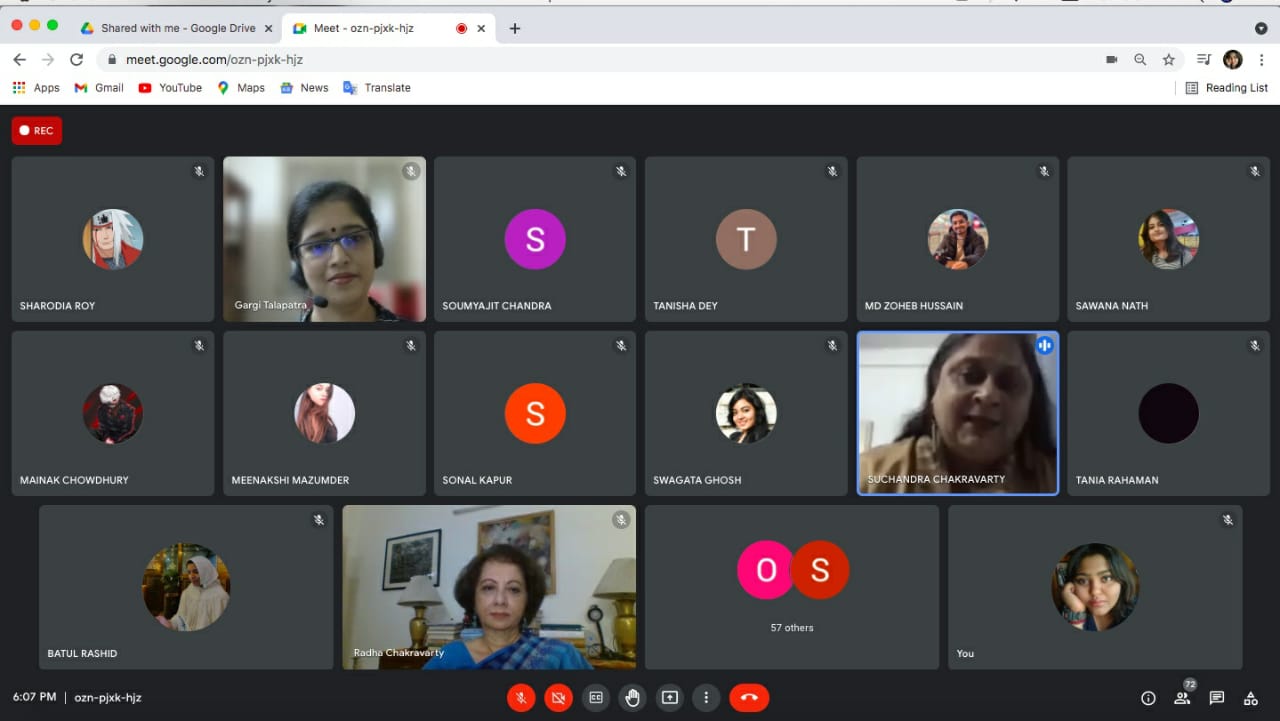 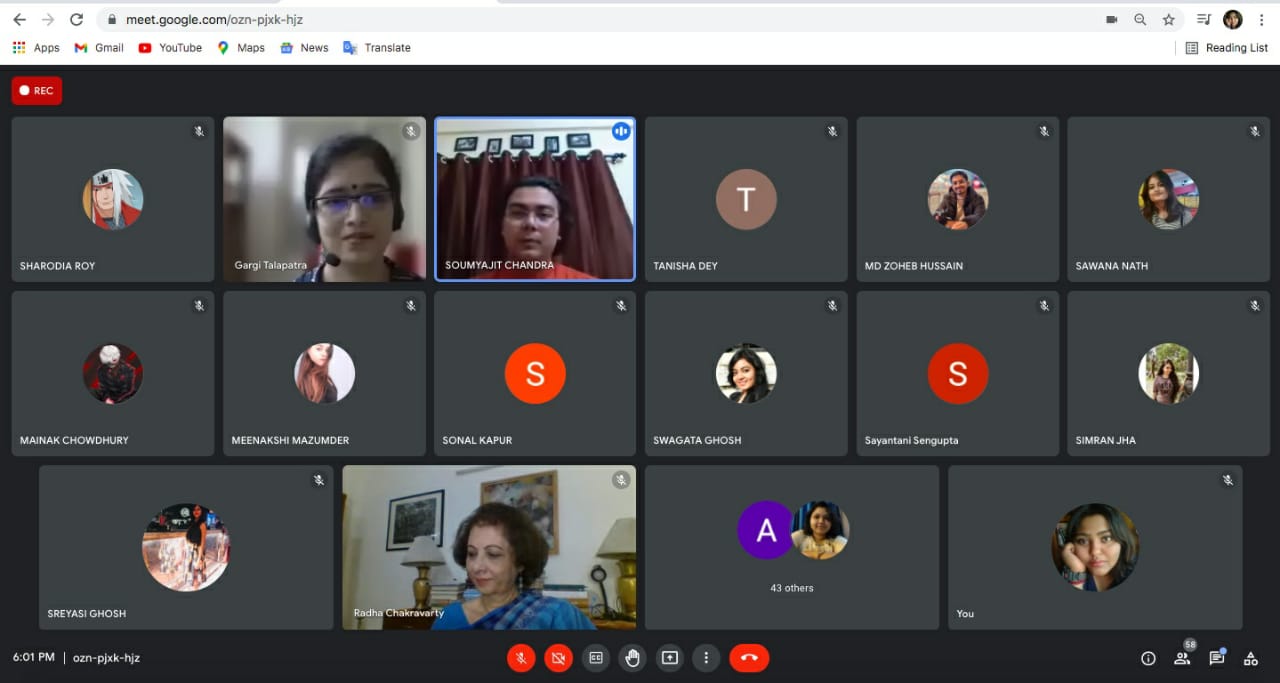 Professor Chakravarty’s special lecture entitled “Cosmic Connections: The Dynamic Vision of Rabindranath Tagore” for the students at The Bhawanipur Education Society College began with a reference to the present scenario of isolation and distancing in the wake of the Pandemic and observed how these terms have, nonetheless, been also lines along which the society has continued to be divided at various levels, socially as well as politically. She observed that though Tagore did not produce a systematic philosophical theory, yet his critique of orthodox religious practices, the hierarchies of caste and class, and his thoughts about women as represented in his works place him ahead of his times and make him stand out as a visionary. Professor Chakravarty emphasized on the fact that Tagore never sees the world in monochrome and elaborated on his vision which transcended binaristic classifications with a reference to Tagore’s letter to Albert Einstein. She explored Tagore’s contribution to the education system and his understanding of real education with his vision of Santiniketan and elaborated on his idea of world literature by mentioning his own translations of Kabir and Guru Nanak’s bhajans besides twenty three other poets writing in different Indian languages.  The lecture concluded with an elaborate interactive session. It was attended by the students from the Department of English and was much appreciated by all of them. They participated actively in the interactive session which continued for an hour after the lecture.

The webinar was conducted through the GSuite for Education made available by the College and has been recorded by the English Department. Feedback forms were sent to the registered participants and certificates were issued.