“Two Days. A hundred Students. An instructor who has been there, done the beat. The result – perhaps the most fun workshop of the season! Dhamaal – the pre-Navratri celebrations of the Bhawanipur Education Society College (BESC) was just around the corner, and the workshop was an effort to connect students with the tradition, to help them muster the moves that are aimed at establishing a connect with the divine even as the community welcomes the Goddess to her abode in an ecstatic frenzy of rhythm and dance.

The most notable factor was the participation of non-Gujarati students, whose enthusiasm had to be seen to be believed. Exposed to the pulsating rhythm and learning about the meaning behind the apparently innocuous dance moves, it was they, who ensured that the Garba was done in its truest form – transcending all barriers as an inclusive, community performance.

The workshop started at the most basic level where the difference between the Garbi (male) and the Garba (female) was spelled out before they were gradually taken through the motions, their moves becoming more complex with each passing round as their mind-body co-ordination got in sync with the beats. The workshop also trained the students to wield their Dandiyas (sticks) and replicate the triumph of good over evil. 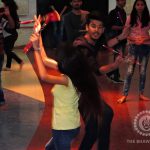 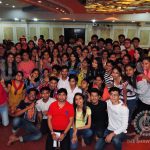 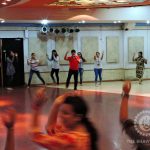 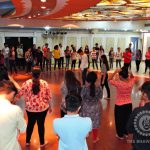 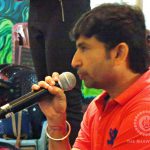 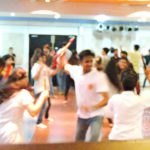 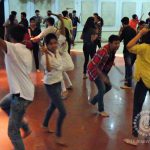 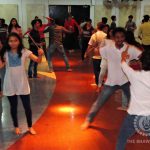 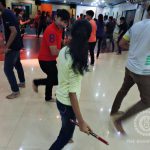 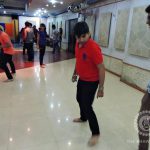 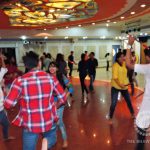 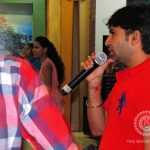 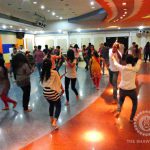 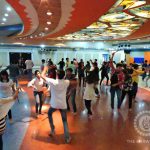 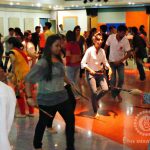 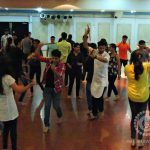 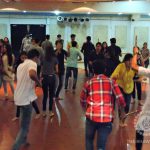 Dharmesh Bhimani was the Chief Guest. The workshop was organised by the Flames Collective of the BESC.

This report has been filed by Shakshi Shaw with camera person Mayank Kashyap of the Expressions Collective of the BESC.