“One individual may die for an idea, but that idea will after his death, incarnate itself in a thousand lives”.

In 1757, British Government began their reign followed by the victory of English East India Company at the Battle of Plassey and gained control over the country. Almost a 200 years’ battle came to an end on 15th August, 1947. Millions of people laid down their lives only to ensure freedom and peace to all and sundry. It has been 73 years we are celebrating this auspicious day with honour and glory. 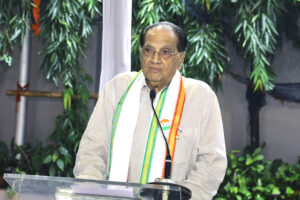 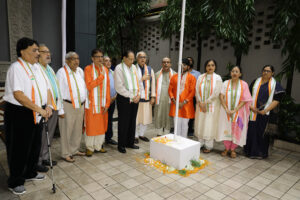 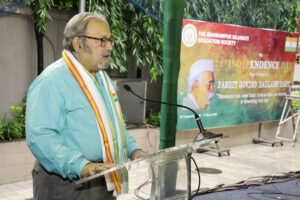 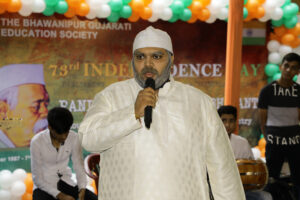 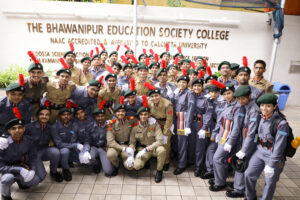 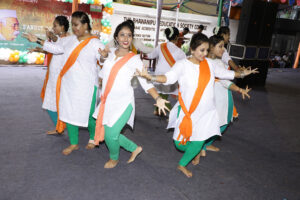 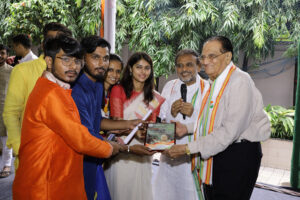 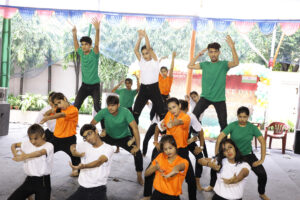 This year, too, was not an exception. Bhawanipur Education Society College observed the 73rd Independence Day to pay homage to the martyrs who laid down their precious lives to secure freedom and the jawans who are still protecting the borders to ensure a peaceful sleep to all. This year’s Independence Day event started with a rousing dedication on the life of Govind Ballabh Pant. Saparya Chakraborty, a 2nd year student, was adept in anchoring the entire event.

Champaklal Doshi, the Chairman of the Managing Committee of the College inaugurated the event with his valuable speech in sweet remembrances of the martyrs. Coincidentally this year’s Independence Day has fallen along with Raksha Bandhan which was a reason for double celebration. Dr Suman Mukherjee, had a wonderful speech in which he shared his knowledge on Raksha Bandhan and freedom in general. We can only enjoy freedom, if we enjoy freedom of our mind.

All the members of the Governing body along with Prof Dilip Shah and Teacher in Charge Dr Suchandra Chakravarty, Prof Minakshi Chaturvedi sang the National Anthem and hoisted the tricolour and the events began. First performance was a musical presented by Bhawanipur Education Society School students on the abomination and eradication of plastics to save the environment. Next the teachers of the school sang a melodious rendition to pay special tribute to the Indian soldiers.

A number of performances were presented by the students of Bhawanipur Education Society College collectives Crescendo and Flames respectively. In between sticky notes were distributed to all the spectators to have it written with some message on The Independence Day. There was so much life and spirit in their performance that tears were rolling down the cheeks of everyone. To recover everyone from the gloom an interesting enactment was performed by CA Vivek Patwari, an ex faculty of BESC who having dressed like Govind Ballabh pant, the former Chief Minister Of Uttarpradesh, shared a number of ‘Did You Know’ information with the spectators. Later questions were asked to all based on the information. Chocolates were given to those answering the quiz. The celebration started with a parade, the squad included school, ISC and the NCC of the college.

This red letter day’s performances came to an end with closing remarks made by Dr Suman Mukherjee. Finally prizes were announced for the best attired in the gathering by Prof Dilip Shah, the Dean of Students Affairs. At the end of the event a street play was performed by ENACT, the theatre collective of the college outside the college campus to mark the flight and to take a leap against the constraints of life. Thus this year’s Independence Day celebration drew to an end with much nationalistic fervour and patriotism.