Conflict cannot survive without participation and without participation ideas cannot be exchanged. With an aim to bring out what the youth have been contemplating about the ongoing societal issues, the Bhawanipur Education Society College has managed this year as well to arrange an event named “Controvert (Vox Populi)” on August 1, 2019. From 9:00 am onwards ‘The Society Hall’ was abuzz with the enthusiastic crowd counting around 100 students, consisted mostly of B.COM & BBA students. The Dean of Student Affairs, Professor Dilip Shah, with his enigmatic presence and witty remarks inaugurated the speech welcoming the new students. He went on to introduce the main speaker, C.A. Mohit Shaw who has been teaching as a faculty of BESC Commerce Section (Morning). 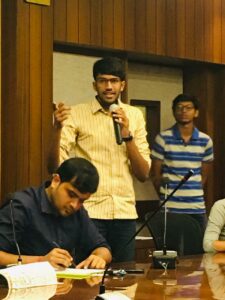 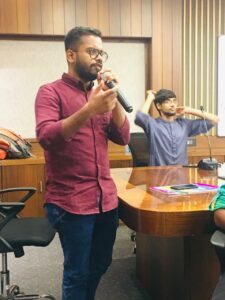 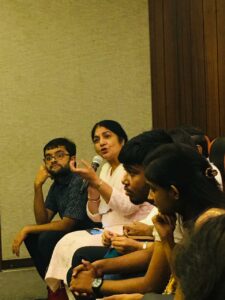 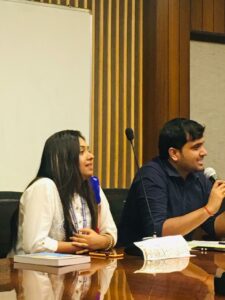 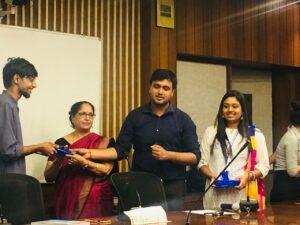 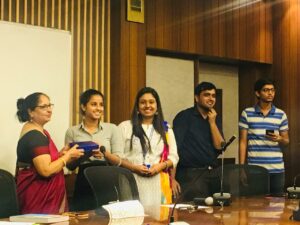 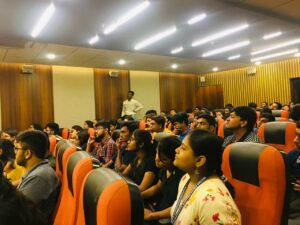 After having felicitated by Dr Vasundhara Mishra, Mohit Shaw Sir inferred on the significance of the event and it started with a bang. The topic was “Men are the oppressed ones today”. Being divided into two groups consisting three members each; one group for the topic and the others opposing it. It came out as a wonderful interactive session in which so many ideas were brought forth. What the speakers actually wanted to impart was that it’s not about the perpetual conflict between men and women to judge who are more tormented but it is about the weaker section of the society who is being oppressed. The cultural values and age old tradition which are basically hindering the growth of our society are the primary reasons for both men and women remain under extreme oppression. Whether it’s household matters or professional arena, both the genders are regularly under immense scrutiny which needs to be resolved, as they conclude their topic.

Being impressed and satisfied at the same time with such wise discretion from a group of young minds, Professor Mohit Shaw & Professor Minakshi Chaturvedi congratulated everyone for their eager participation and all new visualisation. At the end, prize has been distributed to Swapnil Thakur, for the motion; and Oindrilla Sinha, against the motion. After the prize distribution, there was an open round session in which the audience was also included and the speakers answered them. The session ended on a successful note and the audience displayed eager enthusiasm hoping for more events like this to come.