Kabaddi originated in Tamil Nadu about 4000 years ago. Although there was a presence of kabaddi in the history of ancient India however the game gained popularity as a competitive sport in the 20th century. Kabaddi is now being played at an international level. This sport also became a part of the Beijing Asian Games in 1990.

The Bhawanipur Education Society College organised the Kabaddi Championship on the college turf from 8:30 am onwards on the 1st&2nd of December 2022. The championship witnessed overwhelming participation, with 32 teams participating in it. There were 28 teams consisting of boys and the remaining 4 teams of girls. There were 8 players in a team, in which one of them acted as a substitute.

The championship consisted of 4 Rounds in total. The team which managed to surmount all the obstacles and rise through the ranks was called ‘S.Warriors’, they were declared winners of the tournament. They prevailed against the ‘Jungle Warriors’ in the Semi-Final who gave ‘S.Warriors’ fierce Competition.
In the Girls’ section of the championship, the semi-final was played between the ‘lion’ and the ‘Warrior’, in which the Lions came out to be victorious. It was a thrilling experience to witness all these matches, especially in some of the matches there was a constant change in momentum, which further captivated the attention of the onlookers.

The position for the Best Defender went to Samridh Jain (S.Warriors) & the position for the Best Raider went to Sahil Gupta (S.warriors). They both demonstrated top-notch performance. Their performance shows the capabilities of their teams, which helped them to win the tournament. The tournament’s highlight was the team spirit displayed by most teams.

All the arrangements which were necessary for the tournament were possible because of the efforts of Prof. Dilip Shah, whose inspiration helped in the successful execution of the tournament. 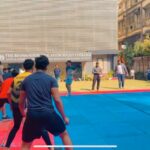 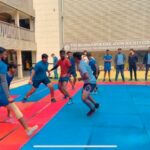 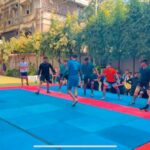 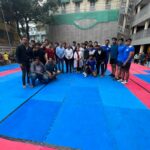