It was 20th of March 2016 afternoon and the college turf was abuzz with excitement of BPLT finals- the BESC intra college indoor cricket tournament. It all started on 4th of March 2016. The much awaited BPLT i.e. BE-ites Premier League Tournament , a BESC intra college six – o – side indoor cricket tournament was declared open by the President Sri Champakbhai Doshi in a well attended inaugural session by unveiling the running Champions trophy.

The tournament got off to a roaring start as the excitement was built up during knockout stage in the next ten days.  After a tough rounds of games, two teams each from Student and Non Student reached the semi-finals. The final was played between Team Manikant Choudhary (Non teaching Staff)  and Team Arpit Agarwal (Student team).  Though the Team Manikant gave a spirited fight, Arpit’s team won the final comfortably. The other winners of the day were as follows:- 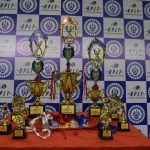 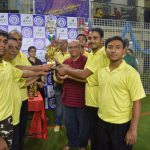 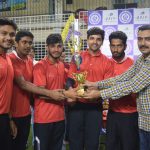 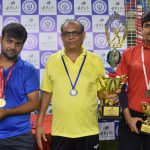 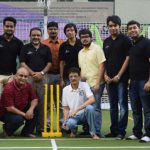 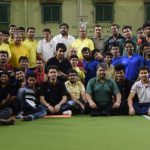 In his comment to the winners, students and others, Sri Miraj Shah expressed his satisfaction over addition of one more facility for the students of BES College, an indoor sports turf where various indoor games can be played. Both Mr. Jitendrabhai and Umeshbhai recalled their student days in the college and congratulated the winners.

Prof. Vijay Kothari thanked all participants, umpires and volunteer team for making this 15 day affair a smooth one.

The Dean of Students affairs Prof. Dilip Shah commented that all participants of BPLT were winners and promised more such events in the college.